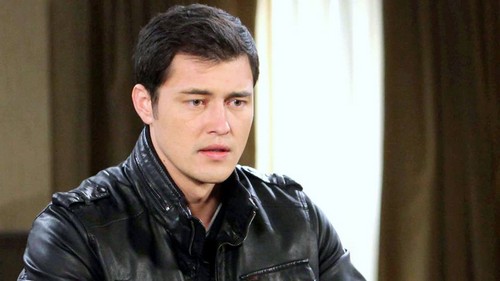 “Days Of Our Lives” spoilers tease that April 6 – 10 will be another exciting week full of drama on the NBC soap – not that there is ever a dull day in the fictional town of Salem. DOOL spoilers reveal that the week of April 6 will be full of explosive confrontations, startling realizations, and soapy drama. Here’s what “Days of Our Lives” fans can expect to see this week on the NBC soap:

Monday April 6 – “Days of Our Lives” spoilers tease that on Monday’s episode viewers will see Eric (Greg Vaughn) make a shocking discovery when he overhears Serena (Melissa Archer) and Zander bickering. DOOL coming and going news recently revealed that Melissa Archer has been fired from the NBC soap and has already completed filming, so look for Serena’s exit storyline to begin taking shape.

Tuesday April 7 – According to “Days of Our Lives” spoilers on Tuesday April 7th, Paige (True O’Brien) is shocked when she makes a startling discovery at her mother Eve Donovan’s (Kassie DePaiva) apartment. The April 13 edition of Soap Opera Digest teases that Paige finds the jacket that JJ wore the first night he had sex with her mother, the same jacket that she thought belonged to Daniel. Perhaps April 7th will be the day that Paige FINALLY learns the truth about her mother’s affair with her boyfriend.

Wednesday April 8 – Wednesday’s spoilers for the NBC soap tease that “Days of Our Lives” fans will get to see Victor Kiriakis (John Anniston) confront Will (Guy Wilson) about betraying his husband Sonny. Victor has always been overly protective of Sonny (Freddie Smith), and he doesn’t take Will’s affair lightly and threatens him!

Friday April 10- On Friday April 10th “Days Of Our Lives” spoilers tease that he truth finally comes out and John Black’s baby-daddy storyline finally comes to a head when he learns the truth – Paul Narita is his son. DOOL fans will not want to miss this shocking revelation and the fall out that comes with it.

So Days fans, how do you think John will react when he learns that Paul Narita is his son? Is this the week that Paige finally learns the truth about JJ and Eve? Will Victor really harm Will for cheating on Sonny? Who does Brady have a reunion with? Let us know what you think in the comments below and don’t forget to check CDL tomorrow for more “Days of Our Lives” spoilers and news.