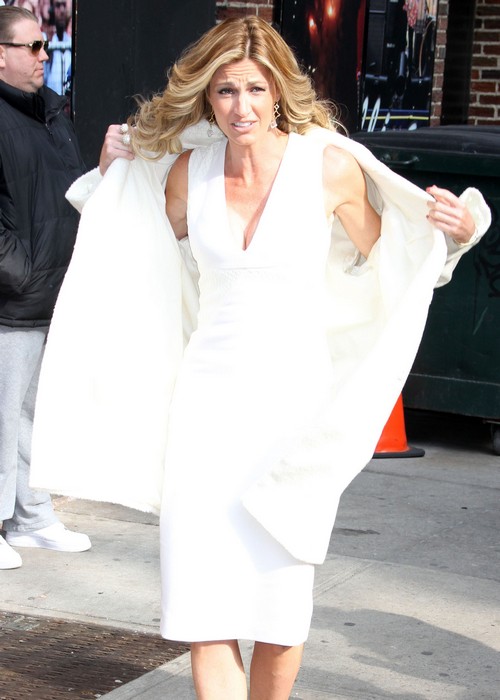 Dancing with the Stars co-host Erin Andrews is dealing with a maelstrom of drama right now, after her boyfriend Jarret Stoll was arrested on drug charges. Reports confirmed that Jarret was arrested [at the Wet Republic Pool at the MGM Grand Hotel, no less] on suspicion of possession of MDMA and cocaine.

The last time Erin Andrews and Jarret Stoll were spotted together was on April 16 – and it’s now only a week later. Clearly, the couple is still together, or at least, was still together at the time of Jarret’s arrest. However, there are rumors that Erin Andrews could also be implicated in the drug charges, especially since it’s rumored that she and Jarret are actually engaged. One of the first things that the authorities do after finding drugs on someone is interview the people closest to them, and place those people under high suspicion and high alert.

Plus, Dancing with the Stars is one of ABC’s banner reality shows, and they’re not going to want one of their hosts involved in a drug scandal. Erin Andrews has so far managed to steer clear of any major controversies, but will ABC force her to leave her job as co-host of DWTS if this scandal gets any worse? It doesn’t matter whether Erin was directly involved in Jarret’s drug usage or not, the mere fact that she’s going out with/engaged to someone who got arrested for cocaine and MDMA is a big enough reason for ABC to fire her. Of course, she could just ‘leave’ on ‘amicable terms’ instead, but if Erin Andrews ends up leaving DWTS over the next few months, I guarantee that Jarret’s arrest is the reason.

What do you guys think? Will Erin Andrews be forced to leave Dancing with the Stars after Jarret Stoll’s arrest? Let us know your thoughts in the comments below.