‘General Hospital Spoilers’: Julian and Alexis Back Together, Maxie and Nathan Breakup, Jason Hooks Up With Liz 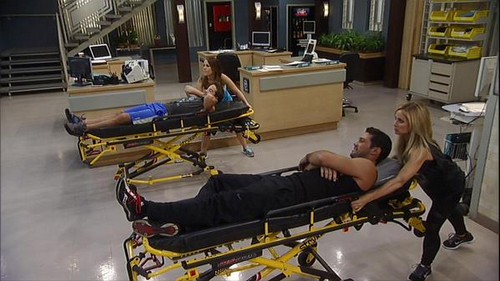 “General Hospital” spoilers tease that their Port Charles’s couples will face some serious complications during the month of February 2015. The popular pairing of Julian Jerome (William DeVry) and Alexis Davis garnered a huge following on social media during 2014, and GH fans adorably dubbed the future super couple “Julexis.” But, at the end of the day, it is a soap opera – and the odds of Julian and Alexis (Nancy Grahn) staying together were just not in their favor.

According to all new “General Hospital” spoilers in the latest edition of ABC Soaps In Depth, “Julexis” is far from over, and GH fans can expect a reunion for the couple during February Sweeps. According to the magazine, “Alexis is drawn to Julian and it is very hard for her to stay away from him. In the aftermath of the prison break, fate once again sends Alexis running to the side of her favorite bad boy.”

We aren’t exactly shocked that Julian and Alexis wind up back in each other’s orbit, but we will be shocked if the couple stays together this time. It’s hard to picture Alexis totally forgiving Julian for his New Year’s tryst with Olivia Falconeri (Lisa LoCicero).

In other “General Hospital” news, spoilers tease that Julian and Alexis are not the only couples in for a bumpy ride during February Sweeps. According to GH spoilers, Elizabeth still has some unresolved feelings for her old roomie, Jake (Billy Miller) – and they will be surfacing during the month of February. Maxie and Nathan (Ryan Paevy) have been on a bit of a honeymoon since New Year’s Eve, but Ron Carlivati dished in this week’s edition of ABC Soaps In Depth that the honeymoon is over and the couple is about to face some serious hurdles. Rumors of Jake’s true identity being revealed during February also tease that there could be some trouble ahead for Port Charles’s newest couple Sam and Patrick.

So GH fans, do you think that Alexis and Julian will be able to put their relationships/flings with Ned (Wally Kurth) and Olivia behind them and start over? How do you feel about Liz and Jake hooking up? Do you think that Sam and Patrick’s relationship has been doomed from the start? Let us know what you think in the comments below and don’t forget to check CDL tomorrow for more “General Hospital” spoilers and news.