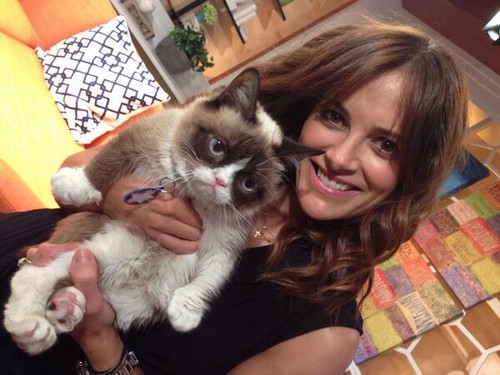 “General Hospital” spoilers and coming and going news recently confirmed that All My Children alum Rebecca Budig is headed to Port Charles. However, spoilers have been extremely vague regarding what character Rebecca Budig will be playing on the ABC soap. “General Hospital” producer Frank Valentini announced the exciting casting news on Twitter and stated that they were welcoming Rebecca Budig with a “killer new role.” Now, the words that Valentini used, “killer new role,” had GH fans speculating that the character may be literally a killer, or that it was a new role or character making their Port Charles debut. But we could be looking way too into this and Frank could have simply meant “a new job for Rebecca.”

“General Hospital” rumors have been floating around for months that Robin Scorpio-Drake was headed back to Port Charles; however, actress Kimberly McCullough has made it very clear that she has no intention of returning to the soap full time and wishes to pursue other projects. She recently landed a gig as a director on ABC Family’s series Pretty Little Liars.

According to “General Hospital” spoilers and rumors floating around the internet – Rebecca Budig’s “killer new role” may actually be as Kimberly McCullough’s replacement, and the AMC alum is the new face of the iconic character Robin Scorpio-Drake. Considering the fact that Robin’s husband, Patrick, is currently head over heels in love with Sam Morgan, now would be a perfect time for Robin to return to Port Charles and throw a wrench in the budding new relationship. And the last time we saw Robin she was being blackmailed by Helena Cassadine and ushered out of the country. Helena is now locked up in a Port Charles jail cell, so the coast is clear, and it is safe for Robin to return home.

If the spoilers and rumors are true and Rebecca Budig has been tapped as Robin Scorpio-Drake, then that would explain why TPTB at the ABC soap have not released any information on Budig’s character – they are trying to keep the casting coup under wraps until they can make a formal announcement because it is sure to cause an uproar among fans.

What do you think, GH fans? Would Rebecca Budig make a good Robin Scorpio-Drake? Or would you rather have Kimberly McCullough return? Let us know what you think in the comments below and don’t forget to check CDL tomorrow for more “General Hospital” spoilers and news.