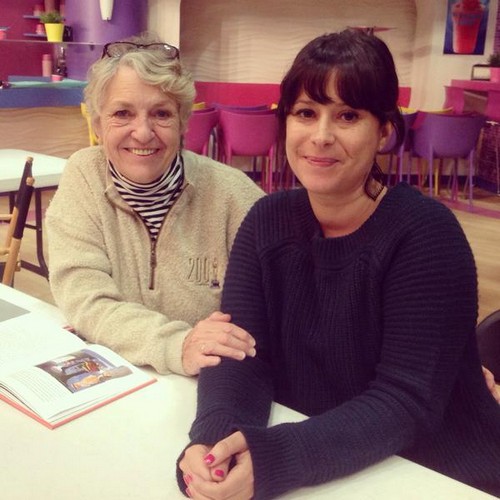 General Hospital spoilers and comings and goings news have been teasing for quite a while that Kimberly McCullough is returning to the ABC soap as Robin Scorpio-Drake…again. It’s safe to assume that she will probably only be in town for a few days before the writers come up with some crazy way to write her back off the canvas. The last time we seen Robin Scorpio-Drake was when Jason Morgan escaped from Crichton-Clark where Robin has been working on him and trying to bring him back to life. Then Helena Cassadine blackmailed Robin and sent her off to Paris, and away from her family once again.

According to General Hospital spoilers, Robin Scorpio-Drake is on her way back to Port Charles though – and she is currently filming scenes with Billy Miller, who you most likely know as “Jake.” Kimberly took to Twitter on December 15th and sent out this message to her General Hospital fans, “Guess where I was today? Hint: I got to meet the talented, super handsome #BillyMiller #GH.” Rumor has it that Robin’s scene will air during the holidays, most likely on New Years, but then again a holiday tends to last weeks on the ABC soap – so they could still be celebrating Christmas by the new year.

When we did our last General Hospital rumor round-up, we addressed the popular rumor floating around that Robin was returning to Port Charles during the holidays, and would be pregnant with Lulu’s embryo (which Helena implanted in her while she was in Paris). Now that we know for sure Kimberly McCullough is back on the General Hospital set, half of the rumor has already turned out to be true.

So GH fans, are you excited that Kimberly McCullough is returning to Port Charles again, or are you growing a little tired of her popping in and out of the storylines? Do you think that when Robin comes home she could be pregnant with Lulu’s embryo? When she arrives will she reveal that “Jake” is actually Jason Morgan? Let us know what you think in the comments below and don’t forget to check CDL tomorrow for more General Hospital spoilers and news.