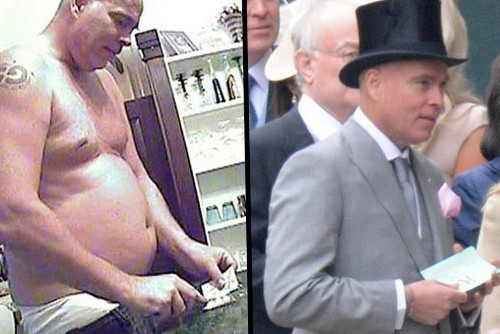 Gary Goldsmith is well known as being one of the sketchy members of the Middleton family, and while it’s a bit shocking that Carole wouldn’t invite her own brother to her birthday party, it makes sense when you look at the royal family’s upheaval over the past month. The royals really, REALLY can’t afford any more scandals right now, and Queen Elizabeth has issued strict orders forbidding anything or anyone that might be looked upon askance – and so while it might have been acceptable to invite Gary – and even Kate’s friends – in the past, Prince William’s presence at the party necessitates a lot more care going into the guest list. Right now, every single royal watcher and royal media expert is looking to all the gossip flowing out of Mustique, and that includes various partying shenanigans.

In essence, Kate Middleton has been forced to drop her friends and Carole Middleton has been forced to drop her brother, all in an effort to avoid more royal scandals. The royals’ PR people have been having a nightmare trying to contain Prince Andrew’s underage sex scandal, and they don’t need a sketchy Middleton uncle know for cocaine and prostitutes to come in and mess everything up even more. After all, Gary Goldsmith is known more for his drug scandals and his partying than for his connection to the royal family – and he knows that. Gary knows they can’t afford any more drama right now, especially not with Kate and William making a presence at the party. When the royals are around, nothing else matters.

What do you guys think? Do you think that Carole Middleton not inviting her only brother to her 60th birthday party is harsh? Is Queen Elizabeth overdoing it or given where the royals are at right now, does it make sense? If Gary Goldsmith did make a presence at the party, would the royals have to watch every word and story that came out of Mustique to do preliminary damage control? Let us know your thoughts in the comments below.