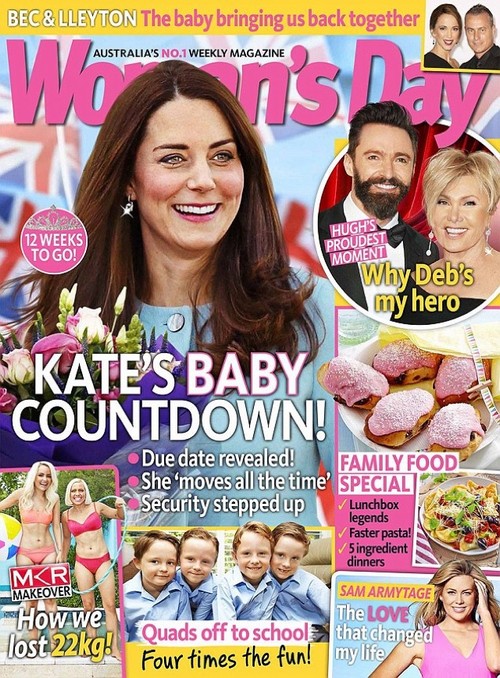 Tabloids get a bad reputation for photoshopping famous celebrities’ faces on weekly covers, and Australian Women’s Day Magazine is the latest to join that trend. Kate Middleton covers the latest issue of Women’s Day, but to be more accurate, we should probably say Kate Middleton’s creepy looking doppelganger covers the magazine.

Despite Kate Middleton looking fairly put together in the original photo – during one of her many appearances in London last week, wearing her infamous blue coat – the magazine ended up lightening her eyes, getting rid of her dark circles, adding a sheen to her hair, giving her darker lipstick, and adding an imaginary sparkle to her earrings. In other words, they’ve decided to make her look like a nightmare cartoon instead of a real, live human being. Just check out the photos for yourself.

Granted, other magazines have also photoshopped the living daylights out of Kate Middleton in the past, the latest before Women’s Day being Marie Claire South Africa. However, Marie Claire South Africa’s editor told the Telegraph, “We were so inspired by her fairytale wedding and her life as a modern-day princess, which is why we elected Kate Middleton as our cover star for the August issue. The cover is actually a hyper-real illustration of Kate, meant to be a fan art tribute to fashion’s new royal icon.” 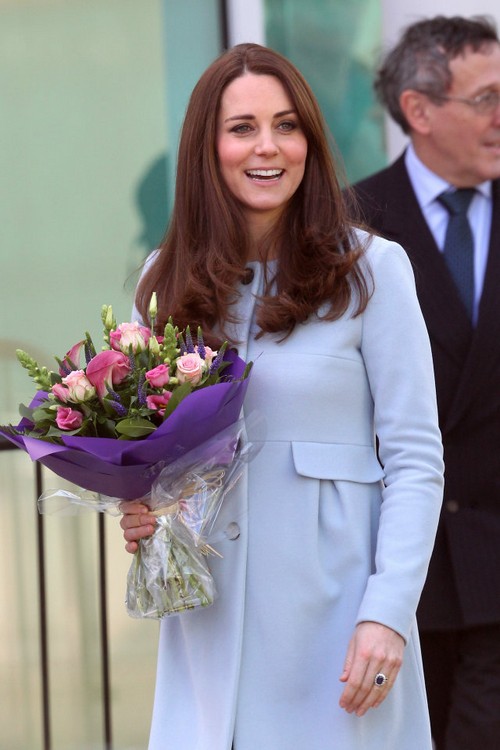 When in doubt, always blame it on a ‘fan tribute’, amirite? But there’s no way that Women’s Day is going to be able to pass of their shoddy photoshop job on a fan tribute, not least because no fan would have done such a horrendous job editing her face. Come on guys! Who are they hiring to do this stuff, high school students? The royal family’s PR isn’t going to fix itself, you know!

What do you guys think about Kate Middleton getting photoshopped on the cover of Women’s Day? Let us know your thoughts in the comments below.