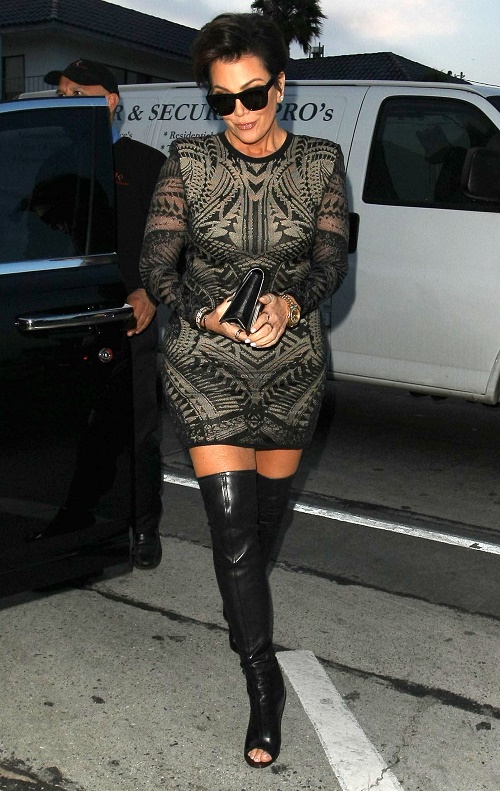 Bruce Jenner may be happy that he will finally be able to live his life as a woman, but reports are surfacing that Kris Jenner is having a very difficult time handling the transition. Radar is reporting that Bruce Jenner’s transition from male to female has sent Kris into a downward spiral, and that the matriarch of the Kardashian family has turned to drugs and alcohol to remove herself from the situation, and cope with the drama.

A source close to the family tells In Touch, “She’s drinking and taking the panic-disorder medications Klonopin and Xanax to deal with the anxiety she’s experiencing. She alternates between Klonopin and Xanax, and she’ll switch from wine to champagne to margaritas.”

The world has been watching the entire Kardashian family after Bruce recently made his announcement in his highly talked about interview with Diane Sawyer. The family has tried their best to maintain their supportive status; however, it is surfacing that, little by little, the family is falling a part and taking the news harder than they would like the world to think.

Khloe Kardashian has been vocal from the start about how difficult the entire situation has been for her. Bruce Jenner revealed in his interview with Diane Sawyer that Khloe is taking it the hardest. Now, reports are claiming that Khloe is attempting to help her mother, by encouraging her to stop drinking so much.

The source goes onto say, “Khloe never holds back and told her to cool it on the boozing, especially around the house. They all know Kris will pop a pill before going to bed, but lately she’s been taking them to help her get through a tough day, and every day now seems to be a tough day.”

E! News is gearing up to air a special on May 17 and 18 regarding Bruce’s transition, and we can only imagine that Kris Jenner is having an even harder time dealing with that.

It is no surprise to fans of the series Keeping up with the Kardashians that Kris Jenner is not afraid to indulge in some alcohol, but now with popping pills and drinking non-stop to cope with the stress, many believe she has taken it too far.

Do you think Kris is making a mistake, or do you think her actions are normal, given the circumstances surrounding her family? Let us know in the comments below.