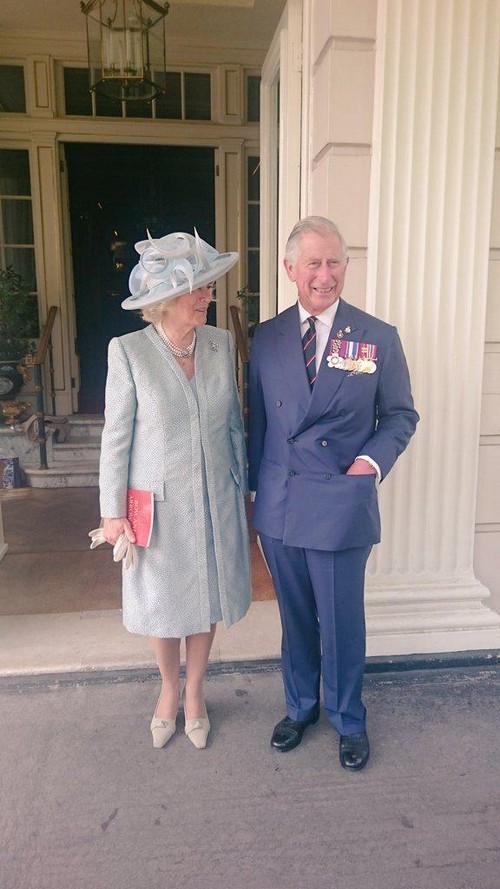 Prince Charles is already a billion years old, but he’s now telling people that he’s expecting Princess Charlotte to look after him when he’s ‘old’. I don’t know how to say this, but by the time Princess Charlotte grows up and is actually in a position to ‘look after him’, he’s probably going to look like the crypt keeper. Another little problem is that Carole Middleton is busy taking over control of Kate Middleton and her children, despite Michael Middleton’s displeasure at her constant meddling. If Carole gets her way Princess Charlotte will barely know Prince Charles, let alone care for him in his dotage.

Prince Charles has already been publicly ecstatic about getting a grand-daughter, even more than he was when Prince George was born. He told the public at the opening for the Poundbury Cancer Institute, “I was hoping for a granddaughter. Someone to look after me when I am very old.”

Plus, Carole Middleton and Michael Middleton – NOT Prince Charles and Camilla Parker-Bowles – were the first people to see Princess Charlotte when she was born, which will undoubtedly set a strong precedent for the future. Both William and Kate are saying that this is the way things are going to be done, so Prince Charles really is living in delusion land if he thinks that Princess Charlotte will make it a priority to look after him when she grows up.