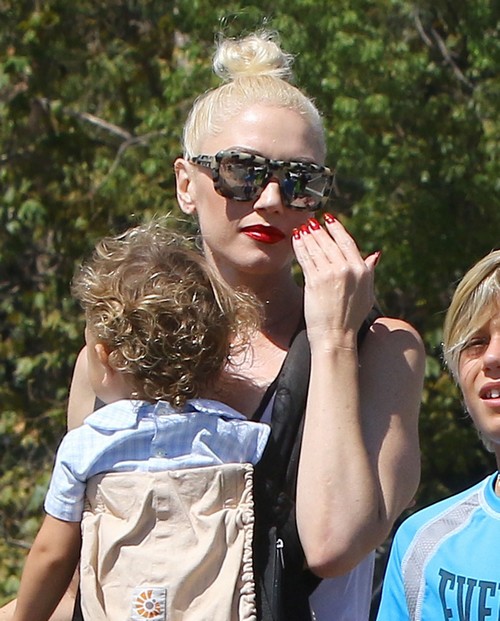 The National Enquirer reports that Gwen Stefani is much less excited about reprising her role as a coach on The Voice – and it’s all because of a bitter rivalry with Rihanna. Insiders say Rihanna scoring a gig as the show’s chief advisor is what has set Gwen off and this season on The Voice there may be far more drama back stage than on stage!

While Gwen has pooh poohed talk that she’s upset about Rihanna joining the cast, that’s likely whitewash that the No Doubt front-woman has been ordered to spew by honchos at NBC. Enquirer sources told the tabloid that Gwen and Rihanna have been feuding for years and that Gwen Stefani was the instigator in their dust-up.

Four years ago, Gwen quipped to Elle Magazine that the difference between her and Rihanna was that she “usually put pants on.” Of course, Rihanna is known for being scantily clad in outrageous outfights both on stage and off, but the Caribbean singer apparently did not like Stefani calling her out and implying that she was less-than for wearing sexy gear. 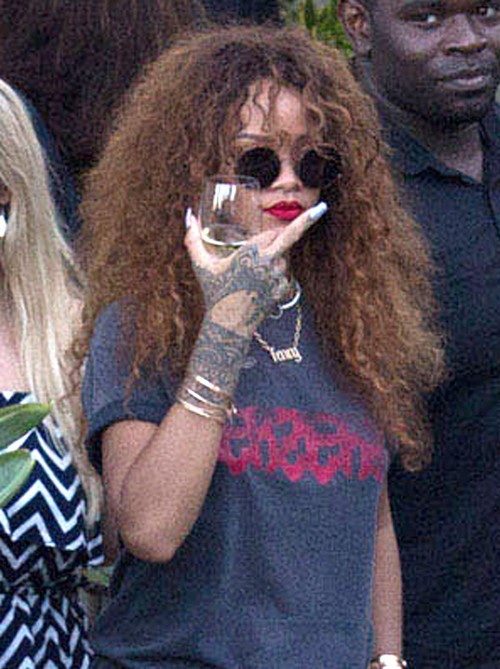 There are a couple of other sore subjects between the two, aside from Gwen Stefani’s rude fashion remarks, that started their years’ long spat. Two years ago, Rita Ora lashed out at constant comparisons between she and Rihanna and said she would rather be compared to Gwen Stefani. That very public burn can’t have escaped Rihanna’s attention.

And back in October, Slate Magazine busted out Gwen Stefani for mimicking Rihanna in her recent single, Baby Don’t Lie. Gwen Stefani seems to think it’s okay to diss Rihanna’s fashion sense but then steal her song style. And this is not Rihanna’s first rodeo – she’s known for her epic feuds with a variety of showbiz types from Beyonce to Charlie Sheen and Karrueche Tran to Teyana Taylor.

Rihanna can be vicious in these battles, so Gwen Stefani had better watch out! Rihanna was so nasty to Teyana Taylor that Teyana called the songstress a “cyber bully.” Online is one thing, but will Rihanna be strong-arming Gwen Stefani on the set of The Voice? Or, worse yet, will Rihanna throw shade at the recently divorced mother of three while cameras are rolling?

With so many episodes of the The Voice airing live and no chance for producers to censor out any beef between the warring warblers, this could get ugly fast. I don’t know about you, but the potential for a catty catastrophe has me even more excited about Season 9 of The Voice. And, oh yeah, Adam Levine, Blake Shelton and Pharrell Williams will be there too. But those dudes are drama free, so big whoop…