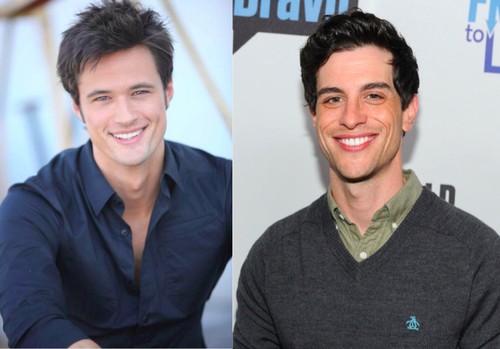 The Young and the Restless spoilers dig deeply into the Cabin Killer mystery to shed some light on Y&R’s convoluted and dynamic storylines. On CBS’s Y&R it is now the first week of June and the scary Cabin Killer is still on the loose but by the way GC residents are acting it is just a harmless poodle who is running the streets.

The Scooby Doo gang seem to have moved on as they have started new relationships and act as though the brutal murder of two close pals is commonplace. Start with Abby [Melissa Ordway] and Stich [Sean Carrigan] – she mourned her lover Austin’s [Mathew Atkinson] death for about 10 minutes; Fen [Max Ehrich] has gone back to school to bring up those bad grades that got them all in this mess in the first place – the Cabin killer supposedly blackmailing Fen because of his bad grades. The gang is going to merger parties, Summer [Hunter King] and Kyle [Lachlan Buchanan] going out on dates – poor widow Summer mourned hubby Austin for about 5 minutes….

It is just another day in Genoa City with a double murderer running around since Valentines Day. The elder Scooby kid (38-year-old man) Kevin [Gregg Rikaart] has now reverted back to his old criminal ways by hacking GCPD computers because he is tired of waiting for Chief Williams [Doug Davidson] to grow a brain, his roomie and girlfriend Mariah [Camryn Grimes] is going to play his Agent 99 to his Maxwell Smart. The Police Chief has done some work with the FBI a couple of weeks ago but has stayed remarkably calm cool and collected considering there is a “dangerous serial killer” running his GC streets – maybe he is waiting for his trusty sidekick Detective Mark Harding [Chris McKenna]?

Harding always seems to be the one to protect the Chief during rough cop busts… the good news is Det Harding will be back June 2 which means we will finally see an end to this snore-fest sometime this month. Harding coming back could be one of two things: he will help find the serial killer with his great detective skills OR he IS the serial killer!

Either way we will all finally have some relief to this B rated story line – B for BORING. The writers say we will be “shocked” at who the cabin killer is. Well if their idea of “shock” is like the Fake Jack meeting Victor in the confessional reveal then I think we will all live through it unfazed. If their idea of shocking us is AUSTIN is still alive then bring it on – we are watching and listening!

Victor Newman [Eric Braeden] brought in a nerdy character to be his mole, Tobias Grey [Jeffrey Christopher]. Tobias was a disgruntled ex employee who seemed to have been hanging out with dead Austin because his rant at the merger party was epic AUSTIN spew. Fake Jack [Peter Bergman] tried to calm him down and even made a point of saying loud enough for EVERYONE to hear that ‘we don’t need anymore spies” which means Fake Jack is using him as a spy. Tobias Grey drives away drunk but hits a tree minutes after leaving the party. Most can blame it on drunk driving BUT it probably helped that “someone,” most likely Fake Jack cut his brake lines. Tobias is rushed to the hospital and is in critical condition he has 3 visitors and if you count sneaky Fake Jack, 4 visitors. Abby, Noah [Robert Adamson] and Summer are standing watch over Tobias he starts to tell them he has something to say they all lean in… Tobias says “Austin” then flatlines with Fake Jack peeping through his hospital window looking very pleased at the death.

Why was Flack there, to make sure the kid died before he talked – fingering him as his accomplice? Flack and Tobias most likely met during their dealings with Victor back in January and continued on from there. Tobias was Flack’s mole after Victor kicked him to the curb. Flack is not going to get his hands dirty but he WILL dirty Victor’s hands. Tobias hated the Abbotts and Newmans because Ashley [Eileen Davidson] fired and threatened him for spying – Victor fired and threatened him for doing a sloppy spy job. Victor and Ashley threw their weight around again at the merger party threatening to have him arrested! Safe to say no love lost there.

What exactly was Tobias trying to tell Summer, Noah and Abby about Austin before he died? Was it that Austin is alive? One thing is for sure they will be doing more flash back sequences to show us how Tobias and Austin met – both griping about the same hate for the Newman/Abbott families. We will see that they became best buddies and were both on the same mission to bring the hypocritical Newman/Abbott clans down. Tobias was obviously working for someone, he was the guy who was setting Sharon up – but why? Could it be because Austin hates Sharon and wanted revenge setting her up for his murder, that would be great revenge after all. Tobias or Austin killing Courtney [Kelly Gross] because she saw Austin still ALIVE on surveillance would be the most likely scenario. Tobias seemed to like to “creep”around as we saw at the merger party hiding behind potted plants… same exact thing the “cabin killer” did.

The Young and the Restless can pin Courtney’s death on a dead guy and spare us all a long lengthy trial. We remember Austin ranting about what scum and hypocrites both families were and we also hear the almost exact rant from Tobias which is making it rather obvious these two became besties somewhere along the line. Since Chuck Pratt is trying to make the Scooby Gang relevant he will try to keep the focus on twenty-something characters (aside from elder Scooby kid Kevin who is pushing 40). The writers will keep the focus on Scooby Gang because that is what this story is for, to give the twenty something cast a storyline. So it would only make sense to have Kevin figure out who the cabin killer is because, of course , the grown ups at the police station are not capable BUT the Scooby Doo Gang is.

Watch for Kevin to be the hero. Austin and Tobias cooked up a scheme to terrorize both families but like I mentioned does anyone really seem scared or terrorized? The greatest shock of the ‘Scooby Doo Cabin Killer Mystery’ would be that Austin is alive and well! Tobias worked with Flack thinking he was Jack and also worked with Austin. But all of his secrets are buried with him. There is hope at the end of the tunnel. June 2 is the beginning of the end to the Scooby Doo Gang mystery. Stay tuned to CBS’s Y&R to watch this Scooby Mystery come to an end and come to CDL for the latest The Young and the Restless spoilers, updates and rumors!