The Young and the Restless Spoilers: Avery Murdered by Fake Jack to Protect Austin and Courtney’s Secret? 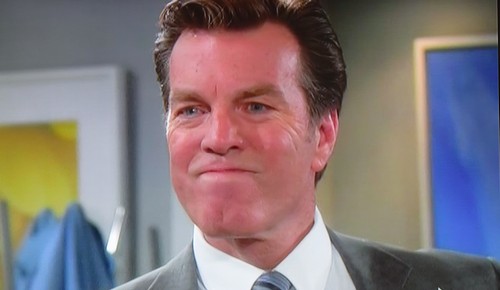 Avery is reported to have her life taken while she helps out the ‘gang’ and especially her niece Summer Newman Travers [Hunter King] come to terms with her late husband Austin [Matthew Atkinson] and her best friend Courtney’s [Kelli Goss] deaths. More exploding YR spoilers are leading the way that say Fake Jake Abbott aka Marco Anticelli [Peter Bergman] is the serial murders of Austin, Courtney and Tobias Gray [Jeffrey Christopher Todd]. Of course, covering his tracks along the way.

Apparently, the bloody trail goes back to the tell-all documentary that Austin was making months ago. More astonishing rumors say that Austin was ready to expose fake Jack before he even began to impersonate the real Jack Abbott. Marco was not going to let some young punk kid destroy his plans of teaming up with the great Victor Newman [Eric Braeden]. He needed to silence Austin before he had the chance to destroy any dreams of stepping into the real life of a multi millionaire Jack Abbott [Peter Bergman].

Avery’s death will just be another in a string of crimes this drug lord Marco is guilty of over the years. With Avery departure from the Young and the Restless, many story lines and other characters’ lives will be affected. From her ex-husband Joe Clark [Scott Elrod], who is currently blackmailing Avery for sex, to her ex-finance Dylan MacAvoy [Steve Burton], who is down the rabbit hole with Sharon, and to her sister Phyllis Abbott [Gina Tognoni], who is possibly getting pregnant with Jack’s impostor – no one will be untouched by Avery’s death. Are you sad for Avery to be leaving Y&R on such a tragic turn of events? There will certainly be no peace among the residents of Genoa City until the killer is caught and brought to justice! Come back to CDL often for more The Young and the Restless spoilers, news and updates – as well as theories on how Avery meets her end!