The Young and the Restless Spoilers: Victor Blames Paragon on Ashley – Kevin Suspects Harding – Sharon and Nick Get Closer?

BY Heather Hughes on August 7, 2015 | Comments: one comment
Related : Soap Opera, Spoiler, Television, The Young and the Restless 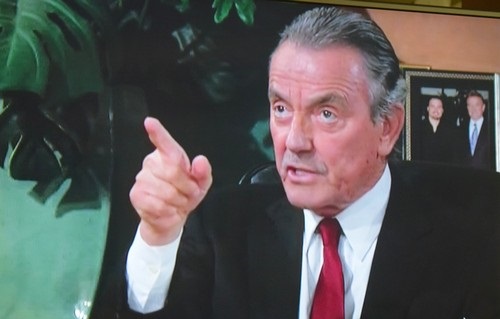 “The Young and the Restless” spoilers for Friday, August 7, reveal that Stitch (Sean Carrigan) will chat with Ashley (Eileen Davidson) about his patient with PTSD. Talk will turn to the things Stitch has overcome in his own life. It’s clear that Stitch feels a lot more comfortable opening up to Ashley than to Abby (Melissa Ordway). In fact, Stitch will come right out and admit it to Ashley next week.

Luckily, Abby has her work to keep her occupied. Victor (Eric Braeden) will say he’s sending Abby on a business trip with Victoria (Amelia Heinle). Of course, Victoria will be annoyed that she’s being forced to attend a conference with her usual nemesis around the office. Billy (Burgess Jenkins) will arrive and suspect that this is just a ploy to keep them out of Genoa City while Marco (Peter Bergman) is on the loose. Once Victoria and Abby are gone, Victor will let Billy know that he doesn’t appreciate him getting close to Victoria again. Victor will imply that Billy will live to regret it.

A short time later, Abby will start asking questions about Victoria’s relationship with Billy. When Victoria stays tight-lipped, Abby will get the hint that they’re back together. Victoria will worry that Billy’s desire to bring down Gabriel (Justin Hartley) will get in the way of their happiness. Abby will chime in about her own relationship struggles. It seems Stitch is always wrapped up in his job at the hospital. Abby is pretty busy with her new position at Newman-Abbott as well. Abby will wonder if she’ll be able to balance love with her corporate life.

Other “Young and the Restless” spoilers tease that Ashley will show her displeasure after Victor’s harsh treatment of Billy. Ashley will also be curious why she was excluded from the conference plans. Victor will have some big news. Ashley will be stunned when Victor says he thinks she’s the one behind the Paragon Project. Has Ashley really been plotting against Victor? It sounds like a major confrontation is about to go down. 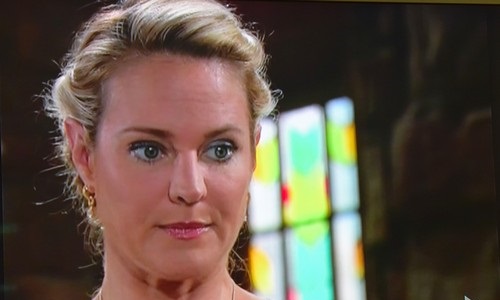 Across town, Mariah (Camryn Grimes) will help Sharon (Sharon Case) put together a crib. Nick (Joshua Morrow) will show up with Faith (Aly Lind) and lend a hand. Sharon and Nick will share a warm moment, but Sharon will say she doesn’t want Faith to get the wrong idea. Nick will think Faith understands his engagement to Sage (Kelly Sullivan) as well as Sharon’s relationship with Dylan (Steve Burton). However, Nick will see her point and decide that Dylan should probably be the one taking care of the whole crib thing.

Meanwhile, Dylan will run into Sage at the park. Dylan will see that she’s upset, but Sage will blame it on the pregnancy hormones. Sage will admit she’s so happy that she’s just waiting on something to go wrong. When Mariah spots them, she’ll suggest that Nick and Sharon could use some help with the crib. Later, Mariah will meet up with Kevin (Greg Rikaart) at Crimson Lights for updates on the case. Kevin will be arguing with Paul (Doug Davidson) about Detective Harding (Chris McKenna). Kevin will insist that Paul needs to take a good look at his right-hand man. Harding may not be as trustworthy as he seems.

Back at Sharon’s, Sage and Dylan will arrive to finish up the crib. They’ll help Sharon and Nick with the final touches. Nick will comment on how they’re all a family now. After Nick and Sage leave, Sharon and Dylan will think about what life will be like with the new baby. Unfortunately, Y&R rumors hint that Sharon may suffer a miscarriage. Will Sharon’s dreams be crushed? Stick with the CBS soap to see if Sharon and Dylan can weather the potential storm.