Tyga and Kylie Jenner Cannot Be Neighbors, Rapper Too Broke To Buy House Next Door 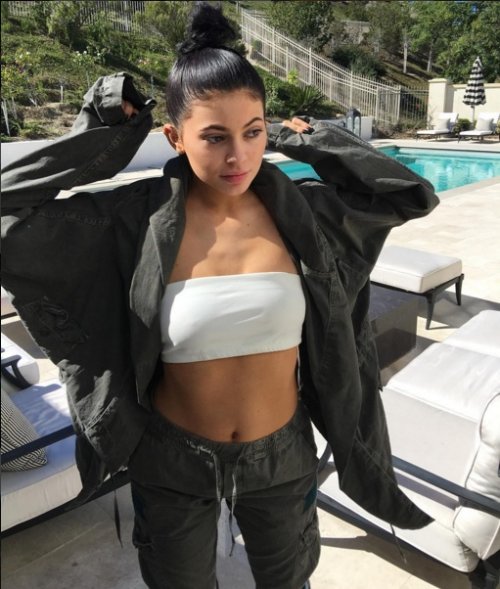 Tyga really wanted to be Kylie Jenner’s neighbor and even tried to buy the house next door but after multiple attempts to close escrow, it turns out the “Rack City” rapper is too broke to own the Calabasas mansion.

Tyga reportedly put an offer on the 8-bedroom home three different times but each time he was unable to close the deal. Apparently Tyga wants to be close to Kylie but not that close because each time he gets close to buying the $10 million house next door, the “Stimulated” rapper bails out.

Tyga either claims to be busy on the road or some other lame excuse. It’s pretty clear that Tyga really just can’t afford the posh pad and its huge price tag. His net worth is estimated to be between $5 million and $8 million.

Trying to close a deal on a $10 million pad might not be the best financial decision. Then again, neither was buying Kylie a $320k Lambo for her birthday. We did find out later that Tyga didn’t buy Kylie the whole car.

The Lamborghini’s lease is in Kylie’s name and only the down payment was reportedly a present. A lot of people have wondered why Kylie Jenner is dating Tyga, when she clearly could date most of young Hollywood.

Other than the excitement over having a relationship with an older man, it just doesn’t make sense. Jenner’s rapper boyfriend has been sued by two different Calabasas landlords because Tyga stiffed them on rent.

Now he can’t even stay in the neighborhood because the price tag for a Calabasas home is just too high. Tyga is trying real hard to fit in before Kylie Jenner notices that he’s broke compared to everyone else she knows.

Not to mention that Tyga really only has one big hit and a limited fan base. If Kylie wants to be more famous than her sister, Kim Kardashian, then she needs to work on dating someone with more talent, more money and more star power.

If Kim can land Kanye West then Kylie can certainly do better. Even Khloe Kardashian was able to land two different NBA stars.