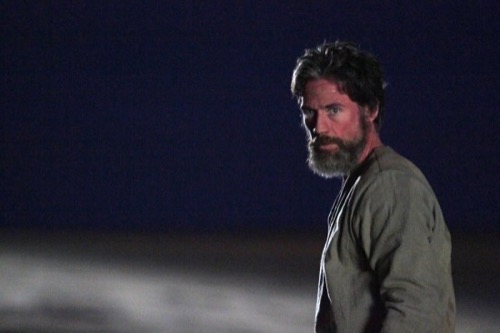 Tonight on FX their original series, TYRANT airs with an all new Tuesday June 23, season 2 episode 2 episode called, “Enter the Fates,” and we have your recap down below! On tonight’s episode, Molly [Jennifer Finnigan] returns to the U.S., but struggles to adjust to life without Barry. [Adam Rayner] Meanwhile, Jamal [Ashraf Barhom] deals with the loss of a close relative.

On the last episode, Barry awaited punishment for leading a failed coup, while Jamal agonized over whether or not to execute him. Molly fought to secure Barry’s freedom before it was too late. Ihab and Samira turned to desperate tactics. Did you watch the last episode? If you missed last week’s episode we have a full and detailed recap, right here for you.

On tonight’s episode per say the FX synopsis “on the verge of death, Barry scours the desert for salvation. Jamal grapples with the loss of his brother. The reality of Barry’s death sets in upon Molly’s return stateside as she struggles to adjust to normal life.”

We will be blogging Tyrant’s second season with all the up-to-the-minute details at 10PM EST so make sure to come back to this spot and watch the show with us. Make sure to refresh often so you get the most current info! In the meantime, sound out in the comments below and let us know what you think of this series.

Barry continues to fight to survive on tonight’s new episode of “Tyrant” but back home everything appears to be falling apart without him.

Sadly, Barry was the conciliator. He was the one that was considered to be more liberal and, within a short span of time, he also became the face of a new Abbudin. But now that the world believes him dead, riots have broken out and the people of the Middle Eastern country now only see full-fledged revolution as a way of handling Jamal’s reign. For their case, this is unfortunate.

Jamal is a dictator. And there is no way around that. He rules the country with military might and, as they’ve seen with his own brother, he’s willing to kill anyone to keep his absolute power. The people want to overthrow him and nothing he says or does can eventually change their mind. But how can a bunch of unarmed young adults/college students fight him?

Ihab later came up with a solution however it’s the one thing Barry never wanted.

Ihab believes the only way forward is to assassinate Jamal. And honestly Barry was attempting to overthrow brother in order to keep such a thing from happening.

Barry knew that Abbudin needed an overhaul and he was prepared to be the one that people hated if it brought change. But he was never going to kill his brother to assume power. His plan was to send Jamal into exile. And then everything fell apart when Jamal found out about his coup and had him arrested.

When it came time for it, Jamal couldn’t bring himself to kill his brother either, so he secretly threw Barry out into the desert rather than go ahead with the already planned public execution. And that way if Barry died then it would have been God’s will.

Barry survived and public opinion had turned against Jamal.

Jamal went into business with the Chinese in order to go ahead with his plans for Abbudin’s oil and if this deal pans out then Jamal would have made his country very wealthy. No one believes that money will eventually circulate to the people. So they assume Jamal will enrich himself and his friends while his countrymen go without.

And that’s just one of the many things that’s being said about Jamal.

Though don’t bother telling his nephew Sammy any of that. He truly believes that what his father did was “stupid” and uncalled for.

Sammy is one of the few people that is of the opinion that their family had it very good in Abbudin. He didn’t want his father to become a revolutionary. In fact, he wanted to milk whatever he could get from the broken system.

Hence, when his cousin later called him, Sammy didn’t hang up right away. Instead, he stayed on the line and listened while Ahmed told him he missed him and passed on condolences for his father.

And Sammy did all of that, listened and accepted Ahmed’s apology, for the simple reason that he wants to go back. Back to Abbudin!

However, Abbudin is in an uproar. The groundbreaking for the oil deal ended in disaster when Ihab’s assassin got close enough to injure a Chinese’s officiant’s wife. On top of their trade deal seemingly slipping away, tens of cameras also caught Ahmed repeatedly shooting a corpse.

It seems that Ahmed wanted to prove a point, but his excessiveness was merely one more example of why Abbudin as a country was too unstable. At least when it comes to investing it. So to convince the Chinese to stay, someone, it could have been Jamal or who knows maybe it was Tariq, used the hidden arsenal and finally brought out the Sarin gas.

Either way, Jamal will be blamed. And when the head of state is accused of wiping out his own people, it’s not long before all-out war will be declared.