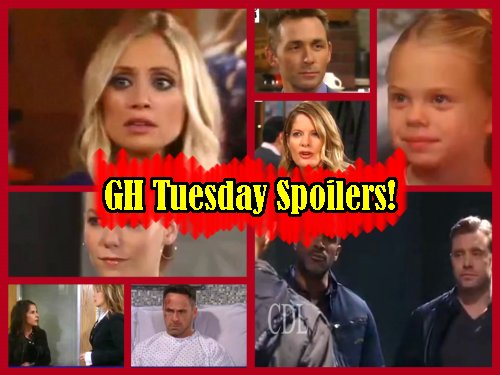 New General Hospital (GH) spoilers for the episode on Tuesday, December 6 reveal that Sonny Corinthos (Maurice Benard) and Carly Corinthos (Laura Wright) think about their happy past, Christmas plans, and try to forget the tragedy of Morgan’s death.

Over at the MetroCourt, Michael Quartermaine (Chad Duell) takes off and leaves Nelle Hayes (Chloe Lanier) in the office. Kiki Jerome (Hayley Erin) eavesdrops then sticks her nose in and asks Nelle if she’s with Michael. Nelle likely does not know about Michael and Kiki.

Nelle will shocked and angry to find out Kiki was with both brothers. Screwing Kiki over by taking her ex is another reason for Nelle to hook up with Michael. Michael heads to talk to his parents. Michael asks Carly for a favor about Nelle and tells his folks he’s taking her to the holiday gala.

Wait for Sonny’s jaw to drop but he can’t say anything. He can’t tell his son not to take the very young girl he just cheated with to the ball. This will get awkward fast. Sonny will suspect Nelle is targeting Michael to get back at him for some of the things he said to her but he can’t do a thing about it! 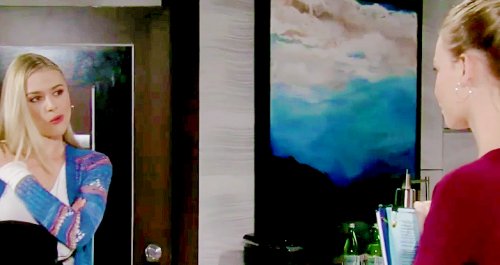 Lulu Spencer (Emme Rylan) sees Charlotte Cassadine (Scarlett Fernandez) with Santa and has a gut feeling that Charlotte is her kid. Lulu talks to Valentin Cassadine (James Stuart) but doesn’t tell him she suspects he has her kid. It feels like Valentin is waiting for her to ask and wants her to.

Nina Clay (Michelle Stafford) warns Valentin. Nina thinks it’s strange that Lulu is trying to wiggle her way into Charlotte’s life. Nina is busy trying to be Charlotte’s mom and doesn’t want Lulu coming around messing up her own scheme.

At GH, Sam Morgan (Kelly Monaco) is stunned to find Alexis Davis (Nancy Grahn) in Julian Jerome’s (William deVry) room. Alexis will be freaking out since Julian can tell Sam what she did and Sam will believe it since she knows her mom is a lush.

Alexis will cave to Julian’s demands. She’s going to be changing his bed pan and giving him sponge baths soon! Sam is suspicious of her mom and takes that news back to Jason Morgan (Billy Miller) and this helps Jason and Curtis Ashford (Donnell Turner) crack the hit and run and bomb cases. 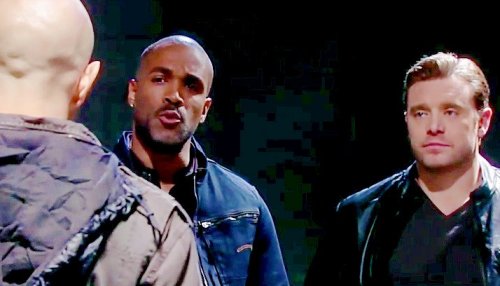 Curtis and Jason are enjoying a bro-mance – Jason doesn’t need Sonny anymore. Jason and Curtis peel the label off the van and under the beverage company name is something that will blow the bomb case wide open. It’s explosive.

They also run into a guy in the garage – is it Oscar Jessup? Curtis asks the guy about his boss but it’s doubtful Julian is this guy’s boss. This guy is probably working for the bomber that targeted Julian. This helps Jason and Curtis figure things out while the PCPD sits around doing nothing.

Share your comments below on these Tuesday, December 6 GH spoilers. Come back to CDL every day for the latest General Hospital spoilers, updates and news.