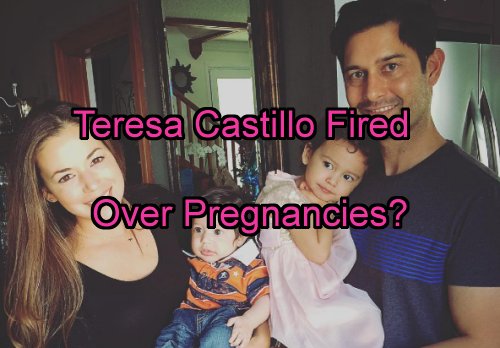 New General Hospital (GH) spoilers reveal that Sabrina Santiago portrayer Teresa Castillo didn’t resign from the ABC soap but was fired. But why? Is it because she’s been pregnant or on maternity for most of her four-year tenure on GH? Or could Castillo be pregnant again and that was the straw that broke it for General Hospital showrunners?

Since Teresa Castillo started as Sabrina Santiago, the writers have had to scramble to write two pregnancies into the script where none were planned. Sabrina went from adorkable nurse to made-over hottie for Patrick Drake (Jason Thompson) and then Castillo got pregnant as their romance was heating up requiring a plot shift. 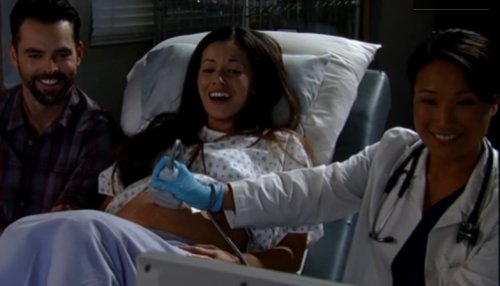 That was why they wrote Sabrina as pregnant with Patrick’s child, exacerbating the love triangle created by the return of Robin Scorpio (Kimberly McCullough). The loss of baby Gabriel turned out to be a storyline booster, though, because her child dying triggered a character shift where Sabrina went dark and showed another side to the character.

But the second pregnancy? That came out of the blue and drove a retroactive shift in the story that GH fans hated. Sabrina was firmly over Carlos Rivera (Jeffrey Parise) and was excited about her new romance with mostly good-guy Michael Quartermaine (Chad Duell) but their timing was off for Castillo’s increasingly obvious baby bump. 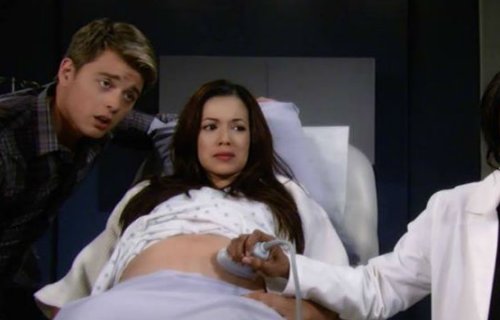 That meant they had to rewrite history and have her sleep with Carlos right as she and Michael were kicking off their romance which was drastically out of character for Sabrina. And they couldn’t kill off another kid since Gabriel had died, so now we’ve got a dead baby daddy, a twin brother out of nowhere (Joe Rivera), and now a dead mom after the GH killer got her.

Did the GH writers invent Joe so he could take custody of baby Teddy and leave town to tie up loose ends? Were the GH writers sick of finagling their storylines to fit Teresa Castillo’s busy baby bump schedule? Is Castillo pregnant again and GH producers snapped and decided they were done making their show fit her reproductive cycle? 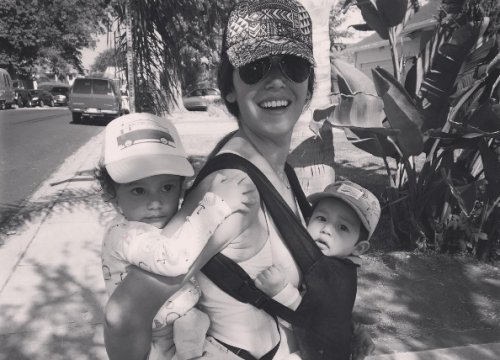 It’s pretty awful to think that a show that considers itself progressive would fire an actress for exercising her right to have children as she wants. Then again, it’s an unrealistic expectation that a major network show would rewrite stories around pregnancy after pregnancy. Perhaps there’s no right or wrong here and it’s just bad timing.

And it’s not just the pregnancies themselves that cause plot problems – it’s the maternity leave. Over Teresa’s four years on the show, that’s 18 months of pregnancy and a couple of months’ maternity leave each time (which it totally reasonable and appropriate). But that’s roughly 50% of her time on the show spent pregnant or out on leave.

Teresa Castillo told Soap Opera Digest that Frank Valentini notified her three months ago about Sabrina’s death and, in the interview, she’s very kind to the show and says that’s how acting jobs go. But is she really as chill about her firing as that softball interview indicates? After all, just two days before Sabrina’s on-screen death, Teresa Castillo blew up the show’s surprise.

Castillo had as her Twitter bio: “Give. Love. Currently playing Sabrina Santiago on ABC’s General Hospital.” Then she abruptly truncated her social media bio to just “Give. Love.” Was this a dig at GH for firing her? Was Castillo subtly ruining the surprise of Sabrina’s death because she was unhappy at her axing? Seems like she could have waited a day or two to change it. But she didn’t.

This is an interesting time for the ABC soap. Tyler Christopher revealed his contract renewal talks fell through and he’s not coming back despite assurances by all parties that his return was imminent. Then Bryan Craig walked away from GH as well. Plus, GH execs fired Teresa Castillo. What’s going on over there? It’s a revolving door of talent.

GH fans are ready to riot over the casting shakeups and dragging storylines, yet Frank Valentini and headwriters Jean Passanante and Shelly Altman just had their contracts renewed. What do you think GH fans? Do you think Teresa Castillo’s firing was related to her multiple pregnancies? Are you unhappy about these actor exits?

Or is this just the way it goes with soaps and actors come and go and we have to accept it and roll on? Share your comments below and check back with CDL often for all the latest General Hospital spoilers and news,