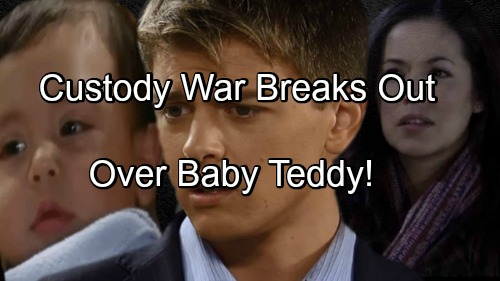 Fresh General Hospital (GH) spoilers tease that Sabrina Santiago’s (Teresa Castillo) death at the hands of GH serial killer Paul Hornsby (Richard Burgi) will spark more drama – and it will center on the future of her son Teddy Rivera.

There are three parties that will be interested in the fate of Sabrina’s son and that means a custody battle is brewing and could kick off soon. With Carlos Rivera (Jeffrey Parise) dead and now Sabrina gone, too, that means Teddy is an orphan in the world.

But he has no lack of people that love him. Tracy Quartermaine (Jane Elliot) already fought Sabrina for custody back when she found him on the doorstep of the Q mansion. Tracy was given guardianship of Teddy back then, so she might be first to stake a claim. 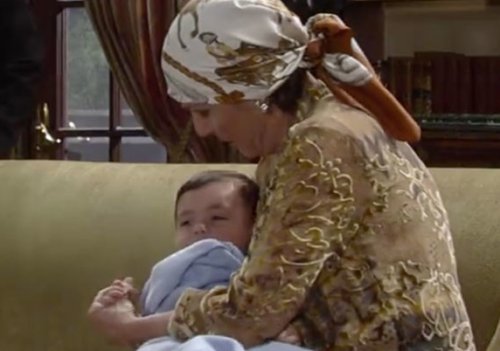 Michael Quartermaine (Chad Duell) was planning a future for him and Sabrina and that included playing father to her son. After Michael finds Sabrina’s body, all those plans come crashing down, but he will remain committed to standing up for Teddy.

Carly Corinthos (Laura Wright) and Sonny Corinthos (Maurice Benard) won’t like Michael going for custody. General Hospital spoilers reveal that Carly and Sonny will get into another bitter argument after Sabrina’s death reveal – about Teddy.

The only blood relative baby Teddy has in Port Charles is his Uncle Joe and he will likely want custody of his nephew. However, the Quartermaines are an influential family and if Tracy and Michael unite, they could fight Joe more effectively. 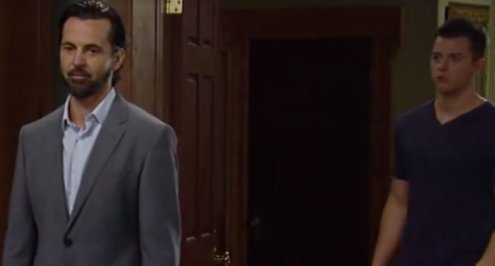 It seems unlikely that Tracy and Michael will allow Joe walk away with Sabrina’s baby unchallenged. This could turn into a custody battle but Tracy should be able to reach out to child services and get her guardianship of Teddy renewed.

Joe maybe a blood relative but his brother was a notorious mob hit man and few judges in Port Charles will be sympathetic to Joe since he’s the spitting image of his bad boy brother. If it goes to court, blood might not be thicker than power.

The bottom line is that all three – Tracy, Michael and Joe – will be grieving Sabrina’s loss and believe fighting for her son’s best interests is the way to honor her memory. But it’s doubtful Sabrina would want those she cared about going to war over her son.

Sabrina’s mom is dead too and it seems unlikely that her father would come for his grandson, but you never know. What’s clear is that Sabrina’s death will leave Michael, Joe and Tracy with open wounds and they could lash out at one another. 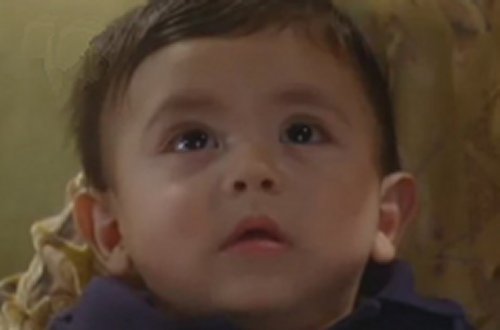 What do you think GH fans? Will baby Teddy get to stay in Port Charles? Will Tracy and Michael win custody and keep him at home in the Q house? Or will Joe and his little nephew walk out of Port Charles together never to be seen again?

Share your comments below, vote in our poll and be sure to check back with CDL often for all the latest General Hospital spoilers and news. 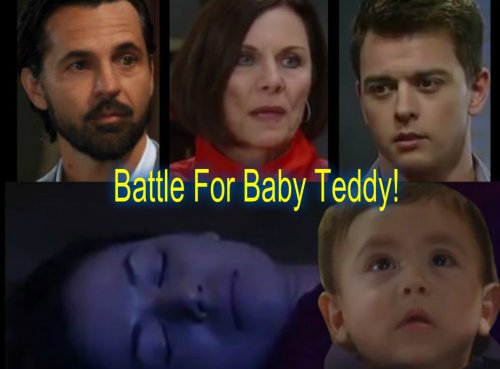