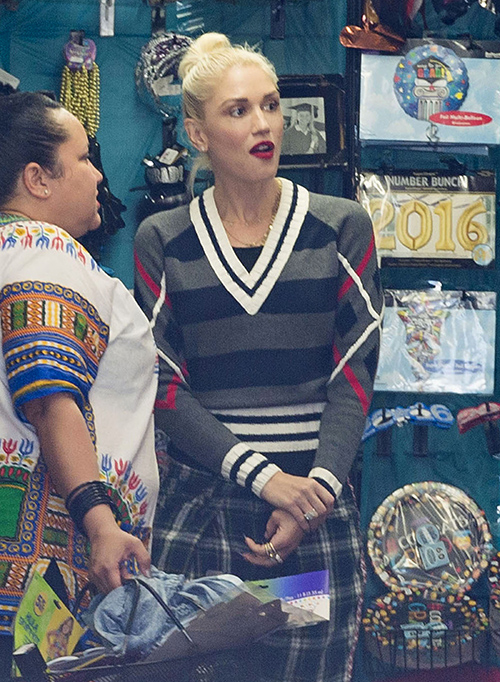 The Gwen Stefani and Blake Shelton romance has been making so many headlines these last few months that it looks like Stefani’s career might be suffering because of it. There’s new speculation that Gwen Stefani’s tour has already flopped and that the “This IS What The Truth Feels Like” singer is in crisis mode over poor ticket sales and empty seats at her concerts.

Gwen Stefani and Blake Shelton’s relationship has been the topic of conversation ever since the couple went public with their love affair on the set of ‘The Voice’ several months ago. Both chart toppers mended their broken hearts after the Blake Shelton and Miranda Lambert divorce news of last summer shocked just about everyone in the entertainment industry.

What’s more, the Gwen Stefani and Gavin Rossdale separation also surprised everyone, considering the couple was rock solid with their ten years of marriage and their picture perfect family image that included their three sons, Kingston, 10, Zuma, 7, and Apollo, 2.

Yet, because of her constant PDA and love proclamations for Blake Shelton, no one wants to listen to Gwen Stefani’s music anymore. Multiple reports indicate Live Nations reps were handing out tickets to her concert at Boston’s Xfinity Center this week.

Her performance was also live streamed on Yahoo! and, to add even more insult to injury, concert handlers allegedly moved the audience seated on the lawn and in the back section of the area up front to give the illusion that the Gwen Stefani concert was a packed house.

Yet, many eyewitnesses say that there were rows and rows of empty seats. Plus, she’s been struggling to sell tickets to her North American tour for weeks now.

So does this mean that a Gwen Stefani and Blake Shelton break-up might be on the horizon just to save her tour and hopefully, even her career? Perhaps so, as there’s no doubt that the former chart topper is willing to do anything to stay relevant in the headlines.

With the couple’s duet, “Go Ahead And Break My Heart” making very little waves on the radio, these two singers and ‘The Voice’ co-stars might have to reassess their PR-heavy romance and cool it on their constant Instagram selfies and teenage puppy love before it’s too late.

What do you think, CDL readers? Is Gwen Stefani’s tour a sign that her career as a solo artist is over? Is her Blake Shelton romance to blame? Let us know what you think?