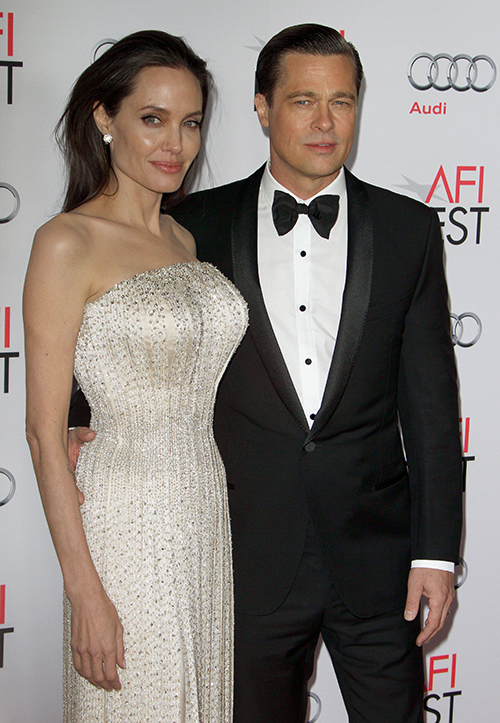 Angelina Jolie is having a hard time finding any allies in Hollywood these days, let alone friends. Angelina’s former pal Gwen Stefani has not reached out to the Hollywood actress after her Brad Pitt divorce was announced on Tuesday, leading many to believe that the two women are no longer the good friends they used to be.

Even though Angelina Jolie has had a hard time finding female friends throughout the years in the entertainment world, Gwen Stefani was the one person who managed to be by her side through the good, the bad, and the downright ugly.

Angelina and Gwen’s friendship began nearly a decade ago after the actress hooked up with Brad on the set of ‘Mrs. & Mrs.’ Smith, which of course led to Brad and Jennifer Aniston’s divorce at the time. Even though Gwen lived full-time in Los Angeles while Angelina split her time between the U.S. and Europe, the two women often made the effort to see one another through scheduled play dates with their kids.

What’s more, Angelina and Gwen used to have a very special bond together, as both women were pregnant with their first children back in 2006. Gwen gave birth to her son Kingston one day before Angelina and Brad welcomed their first biological child Shiloh together in May of that year.

Of course, no one knows what exactly went wrong between Angelina and Gwen, but the two women have not been spotted with another since 2011, when the actress took her six kids to Gwen’s apartment in London for an afternoon. Since then, Angelina and Gwen’s friendship fizzled out with many wondering if it was Gwen who decided to distance herself from Angelina.

After all, Angelina Jolie is seldom seen with any friends in her life, with the exception of course her soon-to-be ex-husband Brad Pitt. Did Gwen cut the cord on her relationship with Angelina because of their differing parenting styles? Did Angelina have a hard time keeping up with the friendship on her end?

Then again, Angelina might be the reason why Brad’s Hollywood pals, George Clooney and Matt Damon, were pushed out of their lives, too. There’s the possibility that Angelina Jolie might have completely isolated everyone in Hollywood from her and Brad Pitt, leaving her completely friendless, lonely, and with nobody to turn to in this crazy time.

Whatever the case, there’s no doubt that Angelina Jolie could use a female friend to talk to right now, especially with all the nasty Brangelina divorce headlines in the media right now. Yet, Gwen Stefani wants nothing to do with her. Tell us CDL readers what you think in our comments section below.