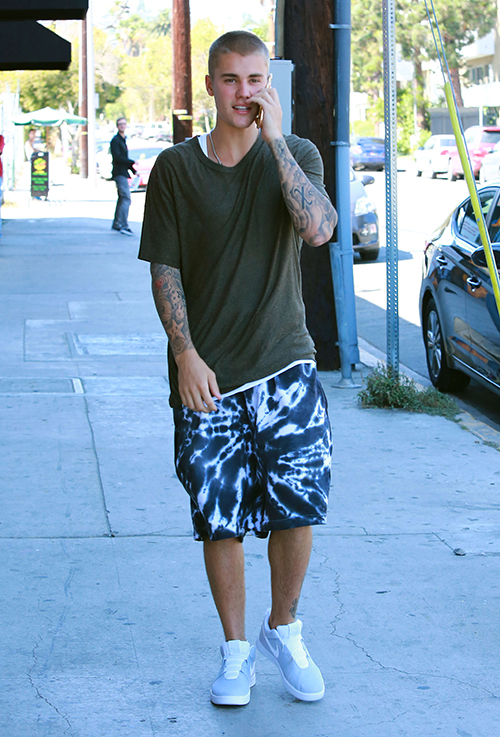 Justin Bieber’s Instagram account is gone, but the singer’s photos are still making rounds on social media. In fact, a new Justin Bieber photo has been released. There’s speculation that his ex-girlfriend, Chantel Jeffries, might have some involvement as her social media account was recently hacked.

According to Britain’s Daily Mirror, Justin Bieber’s penis picture leaked online after Chantel Jeffries’ Twitter and Instagram accounts were hacked along with a number of abusive messages. Fans went wild over the photo until realizing that it wasn’t real. The Justin Bieber X-rated post turned out to be a doctored photo of the singer, but there’s no doubt that the ‘Cold Water’ singer is worried that more photos of him in compromising situations might make their way on the Internet soon.

The hacker who posted the Justin Bieber X-rated photo also tagged his ex-girlfriend Selena Gomez in a sensitive spot on the image. Chantel Jeffries responded immediately, taking to her Snapchat account to assure fans that her Instagram account was hacked and that she did not post the photo. The Justin Bieber photo was quickly deleted from her account.

This latest social media scandal is only one of several incidents that has happened for Justin Bieber in the past week. Several weeks ago Justin Bieber naked photos surfaced online while he was vacationing in Hawaii with his former girlfriend and bikini model Sahara Ray. In one particular shot, Justin Bieber can be seen skinny dipping with Sahara Ray and her fellow model friends.

The singer also deleted his Instagram account after fans supposedly mocked and cyberbullied his girlfriend Sofia Richie online. If that weren’t enough, a Justin Bieber and Selena Gomez feud escalated after the ‘Kill ‘Em With Kindess’ singer criticized her ex-boyfriend for lashing out at his fans.

So far, Justin Bieber has not made any comments about the X-rated photo. What’s more, it doesn’t look like Justin Bieber’s Instagram account will be reactivated anytime soon as he might completely quit social media for good with the way things have been going for him lately.

Tell us CDL readers, do you think Justin Bieber’s ex-girlfriend Chantel Jeffries is behind the singer’s photo hoax? Is Justin Bieber worried about more X-rated photos hacked online? Will Justin Bieber ever return to social media or is he just doing this to spite the media and his fans?

Drop us a line with your thoughts in our comments section below and of course, check back with CDL for all the latest on your favorite celebrities right here.