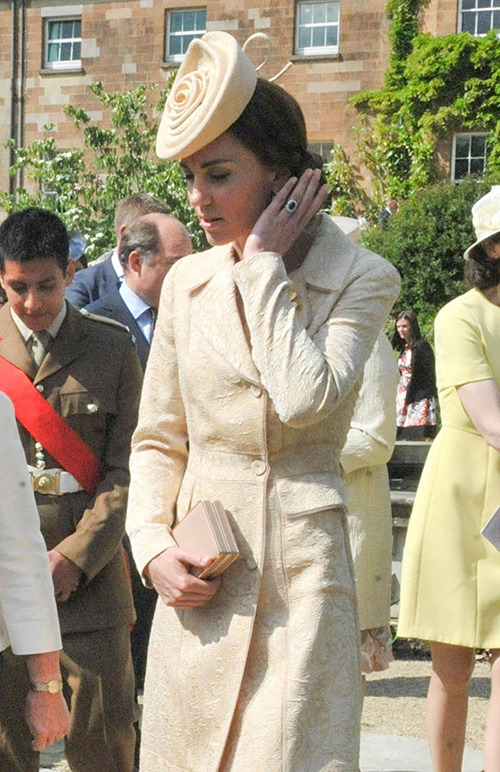 First, Kate Middleton is declared a ‘Tour de Force,’ and now the Duchess of Cambridge has been anointed a fashion icon. Some nonsensical research has been done and suddenly Kate’s wardrobe is more enviable than Suki Waterhouse and Cara Delevingne.

According to Rakuten Marketing report, 29 percent of women want to dress like Kate. Apparently, women over 25 just love her style and are anxious to snap up any item of clothing Kate Middleton wears. That’s not a big enough percentage to declare the Duchess of Cambridge a fashion icon or a fashionista.

This research group revealed that Emma Watson, Ellie Goulding, Rita Ora, and Zoella were runners’ up in the report on British fashionistas. But those 16 to 24 would much, much rather dress like Zoella

What’s the main draw when it comes to Kate’s sense of style? Apparently, the Millennials find Kate Middleton’s mix of down-to-earth commoner clothing and designer outfits quite appealing. The pale pink dress Kate wore while touring Cornwall reportedly sold out within minutes after the designer’s name was revealed.

The ladies 25 and older love when Kate dons a pair of skinny jeans and an ordinary mum about town shirt. These same women also love it when the Duchess of Cambridge gets all dressed up in designer duds, dons a tiara, and hits the town for formal occasions.

Who in the world was included in this fashion focus group? Was it full of Kate admirers who salivate over each and every item of clothing she wears? Kate’s clothes are often frumpy, ill-fitting and downright hideous. This is what Millennials find appealing?

We often wonder if Kate has anyone who actually advises her on what is appropriate attire or if the future Queen just grabs whatever is in the front of one of her many wardrobe closets. If Kate Middleton is the epitome of style to Millennials, then we can’t wait to see what designers will send down the runway during London Fashion Week.

Thank you #Cornwall and the #IslesofScilly for such a warm welcome over the last two days. Hope to be back again soon! 📸 PA

We’ve just announced further details of The Duke and Duchess of Cambridge’s tour to Canada. The Duke and Duchess, Prince George and Princess Charlotte will arrive into Victoria, Canada on 24th September. Find out what they’ll be getting up to during #RoyalVisitCanada: Take a look at the link in bio!

The Duke and Duchess paid a last minute visit this morning to the Eden Project when bad weather forced them to change their travel plans to the Isles of Scilly. What a great addition to their two-day visit to Cornwall and the Scilly Isles. Hope to come back one day to see the rest of the project! #EdenProject #Cornwall Image copyright PA.

Hear directly from The Duke and Duchess how parents should feel comfortable asking for support, as they visit the Young Minds helpline for parents who are concerned about their children’s mental and emotional wellbeing. The Duke and Duchess are working in support of the @heads_together campaign to change the conversation on mental health.