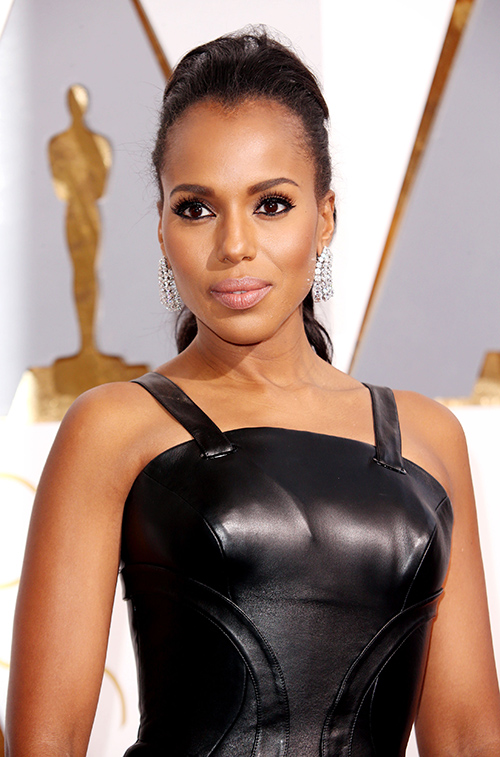 Scandal star Kerry Washington’s marriage to husband Nnamdi Asomugha has been reportedly on the rocks for months – and the couple has been supposedly talking about the possibility of divorce (quietly and privately, of course). Kerry Washington is super secretive – she refuses to discuss her personal life on social media, interviews, etc.

Translation? The ‘Scandal’ actress wants to make it very clear that just because she doesn’t “talk about her personal life” and shut down divorce rumors – doesn’t mean that they are true. That was pretty Olivia Pope-esque, don’t you think? Washington managed to use a lecture about keeping her personal life private as a platform to let the media know that there was nothing wrong with her marriage – and covertly, so it didn’t seem like she was discussing her personal life!

So, what do you think, Scandal fans? Is there trouble in Kerry Washington’s marriage? Or are the divorce rumors just rumors? Share your thoughts in the comments below!