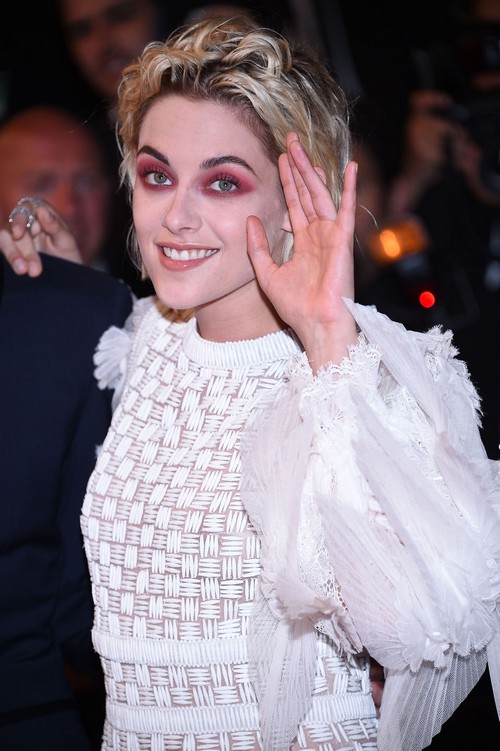 Is Kristen Stewart planning paparazzi photo-ops with new girlfriend St. Vincent? Kristen Stewart has finally admitted that she cares about what people think of her, even though she’s spent the last few years hypocritically pretending to be oblivious about it. In fact, the ‘Café Society’ actress recently debunked rumors that she doesn’t care about what people write and say about her, when it actuality it’s quite the opposite.

Kristen Stewart cares so much about what others think that it’s also the reason why she’s so obsessed about her celebrity image – is this a reason she dumped Alicia Cargile for the more photogenic St. Vincent?  Some fans on social media are saying that Kristen is that shallow.

In a new interview with The Daily Telegraph, Kristen, who stars in her new film with actor Jesse Eisenberg, opened up about how her insecurity has gotten the best of her, which is something she hasn’t admitted to until now.

She explained, “I deeply care what people think. I’m an actor: all I care about is being understood. All I want to do is convey myself. When I feel like I haven’t, it drives me crazy. If I feel like I haven’t done a good job – or if I’ve projected a weird, tainted version of myself because I feel insecure – I walk away from those situations being really regretful.”

It’s without a doubt that Kristen Stewart does care about what her critics think – both on and off the big screen. Sure, she might want the public to believe that she is fiercely protective of her personal life, but in actuality she uses the tabloid media to help generate more interest about herself.

It worked during Kristen Stewart’s ‘Twilight’ days and her Robert Pattinson relationship, and now it’s working for her in her very publicized romance with Alicia Cargile and her new girlfriend St. Vincent. In fact, Kristen knows very well that she can’t hide from the paparazzi cameras if she wants to be a Hollywood A-list star.

That’s why she caters to them and even plans her well-curated photo ops around them whenever she’s out and about.

Kristen Stewart loves to tell people she hates the attention but behind closed doors, she’s actually very self-conscious about it so much so that it’s effected her self-esteem. At the end of the day, all Kristen wants is the industry to recognize her as a talented, Oscar-worthy actress and she will so whatever it takes to get there.

Tell us CDL readers, do you think Kristen Stewart is using the tabloid media to help elevate her career? Is the actress more self-conscious than she appears to be? Is Kristen using her relationships to help keep her name in the headlines?

Let us know what you think by dropping us a line below and of course, don’t forget to check back with CDL for all the latest news on Kristen Stewart right here!