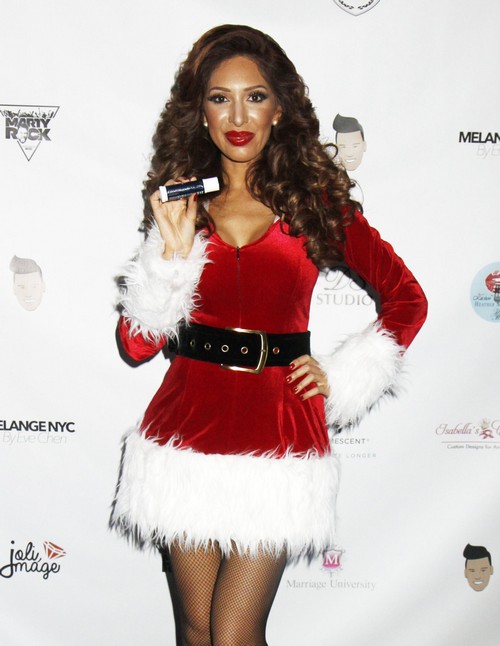 It’s an all out war of dirty words between Nicki Minaj and Farrah Abraham on Twitter. Why oh why do people, especially celebrities choose to make fools out of themselves on social media. Don’t they know that we writers along with the rest of the world thrive on their crap slinging?

So how exactly did this this Twitter war even get started between Teen Mom star, Farrah Abraham and rap star, Nicki Minaj? First of all, I would like to point out one sure fact. Nicki Minaj is a fan of the show, Teen Mom and may in fact be a twisted little fan of Farah Abraham thought she will never admit it. Not after this all out Twitter war anyhow.

Nicki Minaj was enjoying one of her many guilty pleasures watching Teen Mom when she got all bent out of shape about Farrah Abraham’s relationship with her mother. Okay, okay. I get it. I get all into shows that I watch too. I laugh, I cry, I get pissed.

That’s what makes a show good, when it makes you feel something… good, bad or indifferent. So I do understand Nicki getting “emotional” over what she was watching, that she interpreted Farrah being unkind to her own mother. Minaj is allowed to feel that way.

Heck, she’s allowed to Tweet about it. It’s a free country, right? But come on!! Could ya do it with a little class? Just a little, please? No, that was certainly not Nicki Minaj’s thought process as she sounded off on Twitter saying,

Did Farrah rise above and ignore it or respond with any dignity? Nahhh! She dove in face first with this,

That of course fired up Nicki all the more as she continued,

“Your mother didn’t open her legs and have the child. Be happy she’s helping! Stop talking to her like that on tv u lil c***”. In your case #BIGC***” Instead of dragging your mother, learn the difference between ‘you’re” & “your’, ding bat.”

Ouch!! She busted out the C word. That in my opinion is a big no no. You just can’t use that word, I don’t care who you are!

Farrah’s next response is where she decided to bring in church. Yeah church. Ew. You shouldn’t talk church while in a Twitter battle with Nicki Minaj, it’s just not right,

“You must really want attention–talk about women with respect – it’s Sunday stop watching reruns & go to church. To be clear my mom doesn’t help me i help her. I love & care for my mom. Stop disgusting talk @Nickiminaj.”

Farrah Abraham took the final (for now) jab at Nicki Minaj when she told TMZ that she won’t let her 6 year old little girl, Sophia watch Nicki Minaj videos or listen to her music anymore do to the fact that “they already have little girls asking for butt injections and wanting to color their hair crazy.” Um…. yeah… did you just figure that out, Farrah?

I am sorry, but that is a mom fail. She shouldn’t have been watching those videos at the age of 6 in the first place, before you had your Twitter battle.

Farrah finished her off with saying she needs to focus on her “rapist brother” and that “She’s dead to me… that mess.”

Oh boy. Those are fighting words. I can only imagine what Nicki Minaj is going to fire back with. Farrah seriously went below the belt with the brother comment.

Stay tuned for the next round of this Twitter war!