‘Sister Wives’ Patriarch Kody Brown Admits The Backlash To Polygamist Lifestyle Shocked Him: I Was Drunk On Arrogance! 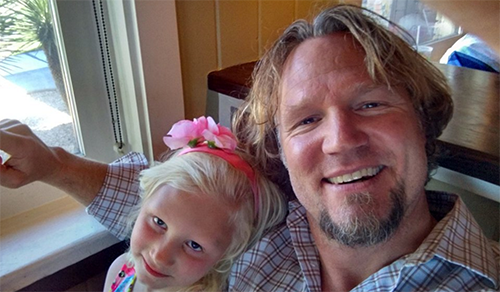 In one of the most eye-opening episodes of Sister Wives to date, its patriarch, Kody Brown, admitted he didn’t think they’d face such a backlash for their polygamist lifestyle. He says: “I thought we were living in the age of tolerance. I was drunk on my own arrogance.”

When Sister Wives began airing in 2011, the Brown family always said they wanted to be seen as a normal family despite their choice of lifestyle. They’ve been very open, letting cameras into their four homes and the lives of their 18 children. We’ve seen the drama between the wives, the dynamics of each of their relationships with Kody, and how they parent a dozen-and-a-half children.

Coming out as polygamists did have its consequences, however. Sister Wives is a very popular show. And by actually outing themselves, the family were aware of the risks involved in doing the series. They faced prosecution for polygamy in Utah. The case was ultimately dropped. Kody Brown and his family must be given credit where it’s due. Polygamy, despite being illegal, does still happen. And they wanted to show the world how they live – that their family is no different from any other.

Things haven’t always been that bad. Kody Brown and his wives have used the show as an educational tool, busting stereotypical myths about the purpose each wife serves. For instance, there is no mother wife, sex wife, etc. Kody put it this way: “We struggle with people who think you’re only one quarter of a woman. You’ve stereotyped us because of your monogamous perceptions.”

Kody and his wives may not have any regrets about living their lifestyle. But two of their grown children, Maddie and Logan, will not be following in their footsteps. Maddie has recently gotten married to Caleb. She admits she couldn’t do plural marriage, saying: “I have to take into account his things and he has to take into account my things. We couldn’t manage three other people’s opinions.”

Logan, too, won’t be taking more than one wife. He stated simply that he doesn’t want to deal with the sacrifices involved in plural marriage. Mainly, being flexible and letting conflicts roll off his back.

Regardless of whether you approve of the Brown family’s lifestyle, you have to respect them for having the courage to make their personal lives a matter of public debate and criticism.