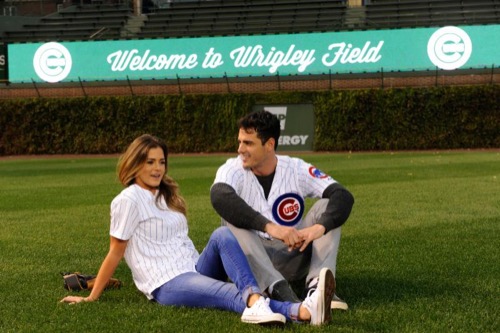 The Bachelor 2016 airs on ABC this evening with an all new Monday February 15 season 20 episode7 and we have your weekly recap below. On tonight’s episode, Ben and the six remaining ladies visit his hometown of Warsaw, Ind., where one lucky bachelorette is given a private tour by Ben.

On the last episode, Romance was definitely in the air as we take a look back at 20 seasons of “The Bachelor” and the fantasy of love – as well as the rollercoaster ride of falling in love. Viewers caught up with some of their favorite Bachelors and Bachelor couples of all time and discover how these love stories had continued long after their final rose ceremonies. Did you watch the last season’s finale? If you missed it, we have a full and detailed recap right here for you.

For All Of Your Bachelor News, Recaps and Spoilers Check Out Our Special Section Here!

On tonight’s show as per the ABC synopsis, “Ben’s hometown of Warsaw, IN will roll out the red carpet for him and the remaining six women. This visit will give the ladies a little insight into who Ben is and what a future with the Bachelor might be like. A special one-on-one date with Lauren B. is based at the youth center where Ben volunteered as a teenager. Surprise guests, including Indiana Pacers superstar George Paul, make this a memorable date for the kids and the bachelorette.

Then, it’s off to Chicago with JoJo to legendary Wrigley Field, home of Ben’s favorite team, the Chicago Cubs, where the couple has the whole stadium to themselves. A high stakes group date pits three women against one another, with the rose winner automatically getting a hometown date. Emily gets a huge surprise when her date with Ben includes a visit to his parents. Ben faces his most difficult decision yet as he decides which bachelorettes’ hometowns he will visit.”

Tonight’s episode of The Bachelor kicks off with Ben Higgins in his hometown of Warsaw, Indiana. He is happy to be home, and he can’t wait to share where he come from with the remaining women. Ben heads to a local diner to meet up with his parents – he tells them that he is down to the final 6 women. He fills them in on the drama in the Bahamas.

The final 6 women: Becca, Jojo, Lauren, Emily, Caila, and Amanda arrive in Warsaw and get to know the town. Ben leaves the diner and heads to meet up with the girls. Ben arrives at a park in a motorboat and he heads out on the water with all six of the women. He takes them to a house in Warsaw where they will be staying – practically next door to his parents’ house.

It’s time for Ben’s first 1-on-1 date in Indiana – with Lauren Bushnell. All of the other girls feel a certain type of way about Ben and Lauren’s date. Jojo is feeling intimidated because it is obvious that Lauren and Ben have a really strong connection.

Ben picks Lauren up in an old red pick-up truck and gives her a tour of Warsaw. First they drive by the church, then the movie theaters where Ben had his first kiss. He shares an adorable story about how scared he was because he didn’t know how to kiss. Next the head to the Warsaw Youth Center – where Ben worked at his first job. Lauren and Ben hit the gym with the kids and play basketball and jumprope.

Back at the house the other women are talking about Ben – Becca can’t wait to introduce him to her family. Amanda is really nervous, she has never introduced another man to her kids before. She wants to make sure that it is the real deal before she lets Ben meet her daughters.

Back at the house a date card arrives – it’s a 1-on-1 date for JOjo. The card reads, “Let’s find love in the windy city.” Emily is devastated, she knows that Ben is closer to Lauren and Jojo than he is to her, and it scares her that he is spending even more alone time with them.

Lauren and Ben are still on their date, he takes Lauren back to his place so that they can have a talk. Lauren wants to talk about what happened in the Bahamas – she is still nervous about Ben being told by the other girls that Lauren wasn’t being herself, and she didn’t care about him. Lauren wants Ben to know that he shouldn’t have any doubts about her. She was scared that she was going to lose Ben over the other girls’ gossip. He reassures her that he trusts her, and she should be confident in their relationship.

After Lauren and Ben’s talk they head to his favorite local bar and have drinks with some of Ben’s friends. Lauren is head over heels for Ben – she has no problem admitting that she is in love with Ben. They head outside for another makeout session before Lauren heads back to the house with the other women.

The next day Jojo gets ready for her 1-on-1 date with Ben, she is still feeling a bit overwhelmed about Ben and Lauren – but she is ready to make the most of the date. A car arrives for Jojo and she heads out to meet up with Ben in Chicago. Ben surprises Jojo with a trip to Wrigley stadium, because he is a huge Cubs fan.

Ben and Jojo have the whole stadium to themselves, they put on Cubs jerseys and hit the stadium and do some batting practice. Ben thinks that Jojo was the perfect choice for this date because they are having so much fun together.

Meanwhile back at the house, Becca and Emily are not happy that Ben is off on a 1-on-1 date with another woman. Everyone has real feelings for Ben and it is getting harder and harder watching him go out with other women. Another date card arrives – Caila, Amanda, and Becca are all going on a group date with Ben. That means that Emily is getting a 1-on-1 date, she starts sobbing because she is so happy.

Now, it’s time for Ben’s group date rose – a car picks up Becca, Caila, and Amanda. The women are thrilled to see Ben, and meet up with him at a farm in Warsaw. Ben surprises them with row boats and they head out on the lake. Becca and Amanda get put on a boat together, and Caila gets to ride in a boat with Ben. Afterwards, they head out on a field and fly kites together.

All three girls are feeling awkward and uncomfortable. Ben reminds them that he is giving out a group date rose today – and whoever gets the rose is guaranteed a hometown date with him next week. Whoever gets the group date rose gets to spend the rest of the day with Ben – and then the other two women will have to go back to the house.

After spending some more time on the group date – it is time to hand out the rose. Ben gives the group date rose to Amanda, and they leave for their 1-on-1 date. Becca and Caila are not happy. Becca heads outside and cries to the camera crew, she doesn’t think its fair that Ben gave Amanda the rose – just because Becca doesn’t have kids doesn’t mean that her family isn’t important too.

Ben and Amanda head out on the rest of their date – Ben takes her to his local McDonalds. The manager lets them come behind the counter and run the drive-thru for a little while. All of the customers recognize Ben from The Bachelor and are thrilled that he is serving them their Big Macs. Ben and Amanda sit down to eat their fries, and Amanda tells Ben that she can’t wait to introduce him to her kids next week on their hometown dates. After dinner at McDonalds, they head to a local carnival – everyone is thrilled to see Ben and they give Amanda a proper “Warsaw Welcome.”

It’s time for Emily’s 1-on-1 date with Bachelor Ben, he picks her up at the house and they hop in a boat and head across the lake to Ben’s parents’ house. Ben gives her a tour of the house, and then he introduces Emily to his parents. Emily and Ben’s mom spend some time chatting together – and Emily rambles for what seems like forever that she wants to be a cheerleader, and she wants to be an above average mother. Ben’s mom thinks that Emily is too young for Ben – and not ready to settle down. She doesn’t make much of a better impression on Ben’s father either.

Ben takes Emily back to the house – she is a little confused why they are going home so early. Ben sits down on the bench in the back yard with Emily, and he dumps her. Ben gets teary eyed and explains to Emily that he “cant see her being his wife.” Becca and Caila watch from the window of the house in shock – Emily heads back to the house and tells the other girls that Ben just sent her home. Emily packs her bags and says her goodbyes and heads home.

Now, it’s time for the rose ceremony. Caila, Becca, Amanda, Lauren, and Jojo arrive for the rose ceremony – but Ben is late. He is outside talking to Chris Harrison, he has no idea who to send home and he is having second thoughts. Chris Harrison reassures Ben and gives him a pep-talk. Amanda already has a rose so she is safe tonight. Ben hands out roses to Jojo, Lauren, and Caila. That means that Becca is officially eliminated.

So, tonight we said goodbye to Becca and Emily – next week the final four will be heading to their hometowns to introduce Ben to their families.