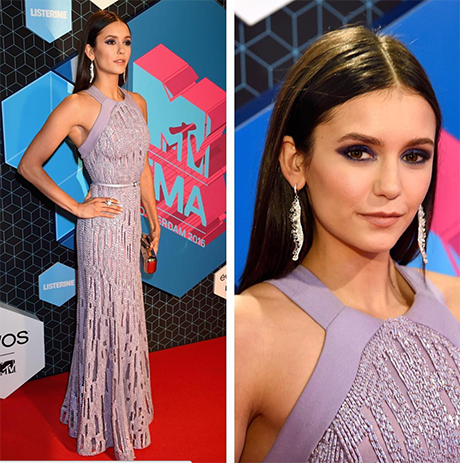 The Vampire Diaries spoilers for season 8 aren’t promising that Nina Dobrev will return as Elena Gilbert. Things aren’t looking good even though the actress has reportedly been in talks with showrunner Julie Plec and the rest of the executive producers.

In an interview with Digital Spy, the executive producer admitted an alternate ending has been written for The Vampire Diaries series finale. Julie Plec revealed she will be devastated if Nina Dobrev isn’t able to bring Elena back from the dead.

As far as we can tell, Nina hasn’t outright refused to return for the series finale of TVD, but the actress hasn’t agreed on anything yet. In the interview, the showrunner revealed, “[Nina’s] said she would [come back] and I want her. So honestly it becomes a matter of logistics.”

Plec called Nina’s character Elena “the heart and soul of the series” and emotionally it would be devastating to end The Vampire Diaries without Elena back in Mystic Falls. If Nina Dobrev refuses or is unable to return for season 8 of TVD, there is an alternate ending planned. However, Julie Plec is hoping that she won’t be forced to stoop to using the subpar conclusion.

TVD spoilers for season 8 include confirmation from the creator and executive producer that there will be some familiar faces returning. There are plans on the table to do some type of nostalgic tribute to the “dearly departed loved ones and those that are still living….before the show ends.”

One person who probably would be happy to see the showrunner use the alternate ending for The Vampire Diaries series finale is Ian Somerhalder. The actor doesn’t want to work with Nina – who happens to be Ian’s ex-girlfriend – ever again. 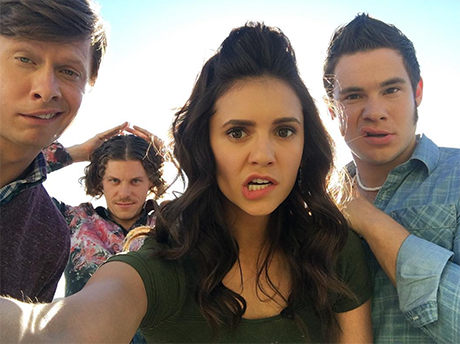 Fans of The Vampire Diaries have been left hanging and the ratings show it. It seems each week that the ratings for TVD, which was relegated to the kiss-of-death 8pm Friday night slot on CW, have dropped. If viewers aren’t going to get a Delena or Stelena reunion, then why invest their time and emotion into a series finale that will be unsatisfactory?

Recently, Nina Dobrev announced she has joined the Comedy Central show ‘Workaholics’ for its seventh and final season. Nina will portray a woman who is in supernatural coma.

Happy Season 8, last in a series (for tonight). #TVD