Zoo Recap – Down But Not Out: Season 2 Episode 11 “The Contingency” 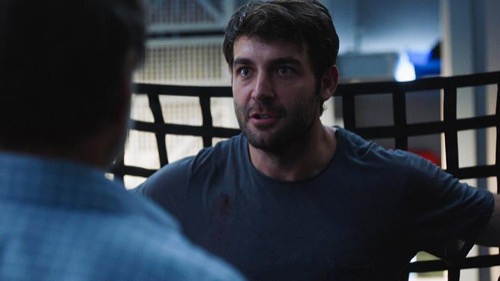 Tonight on CBS Zoo continues with an all new Tuesday, August 30, season 2 episode 11 called, “The Contingency,” and we have your weekly Zoo recap below! On tonight’s episode, Mitch (Billy Burke) and Jamie (Kristen Connolly) find themselves in the middle of an animal attack at the Russian Embassy in Washington, D.C.

On the last episode, it was a race for Mitch and Abraham to find Jackson before General Davies and the International Animal Defense Group could locate him and prevent the team from making a cure. Did you watch the last episode? We’ve got your detailed Zoo recap right here.

On tonight’s episode as per the CBS synopsis, “Mitch and Jamie find themselves in the middle of an animal attack at the Russian Embassy in Washington, D.C. Meanwhile, Jackson finally gets the answers he’s been looking for…and it’s from a surprising source.”

This is definitely one series that you don’t want to miss, check out our Zoo recap tonight. Don’t forget to stay tuned to Celeb Dirty Laundry where we will be updating our live Zoo Recap down below!

Jackson had basically told his friends last week that they should continue mission without him. He had given them another specimen to take his place with the third helix experiments and so they didn’t have to worry about losing their best chance at finding a cure. But Jackson wanted to remain behind because he wanted to find his father and everyone knew why. Jackson had wanted to get revenge on his father for purposely infecting both him and his mother. So really Jackson’s friends could have abandoned him however they didn’t want him to get caught up in chasing after his father that he landed himself into trouble.

So Abe, Mitch, and Jamie ignored what Jackson wanted and they pursued his father Robert Oz. The guys had hoped that finding Jackson’s father would lead them to Jackson yet they had apparently underestimated Robert and just how crafty the professor was. Robert had reappeared in what had seemed like the perfect moment to save Jackson’s life from General Davies. However, not long after that, both Robert and his son disappeared and were believed to be in hiding. And so Jackson’s friends were kind of left with only one choice – that was to complete the mission and their mission was to first stop the NOAH Objective.

Allison had set up a meeting with the Russian Delegation at their Embassy in D.C. So she and the others were supposed to convince the entire Russian presence in Washington that going ahead with the NOAH Objective would be destructive though a few of their friends had gotten a little tied up on the plane. Jackson had come back to them and strangely he had brought along his father. Yet, Robert Oz had been knocked out. Jackson had seemingly hit him with something in order to get him into the car and so that had worried Abe. Abe knew Jackson and he knew that Jackson wasn’t typically violent so he worried that Jackson’s condition was getting worse.

Though, after the others left, Abe chose to believe Jackson when he said his father couldn’t be trusted. Jackson had said that his father tried to inject him with something so Abe had believed him. Dariela on the other hand was skeptical. Dariela wasn’t as trusting of Jackson as Abe was because she thought that maybe Jackson’s condition was now making him paranoid. So she had voluntarily revived Robert and she at least listened to him as he tried to explain himself. Robert admitted to trying to injecting his son with something, but he had said it was to help Jackson with his symptoms.

So Dariela and Abe chose to trust Robert when he said that he could help Jackson return to himself. But trusting Robert with Jackson’s care wasn’t their only concern. General Davies had apparently come looking for Robert and he was threatening to shoot down their plane unless they handed the professor over. The professor though wasn’t going to be taken. Robert had felt that the General broke their agreement so he didn’t want to keep working on their project anymore and more importantly he didn’t want to leave Jackson. Who he had a reason for injecting.

Robert had come up with a way of arming the guys’ plane. So he and Jackson were forced to work together and that allowed Jackson to finally explain why he had injected his family. Robert had said that he knew the animal apocalypse was coming and that he thought he was keeping his family safe by giving them the third helix injection. Though it wasn’t until Jackson told him how he had to put down his own mother that Robert truly grasped what he did to his precision family and realized how big his mistake was. And so Robert had given Jackson what he truly needed – he had apologized.

The apology had at least told Jackson that Robert hadn’t intentionally set out to hurt him or his mother. Yet, their gushiness aside, they were still in danger and only Abe was willing to acknowledge that their plan wasn’t full proof. Robert had said that he could create a blast that would stop General Davies’s fighter jets from targeting them however Abe later told Dariela that the General could just as easily ordered more jets or try to get them the second they landed. So Dariela had been surprised by what Abe said because he usually wasn’t so pessimistic. Abe had in fact been one of the calmest and level-headed person that she’s met since the world had been thrown out of whack.

So Dariela was actually arguing with Abe because she thought he was giving up and turning his back on the future when she passed out. Dariela had been sprayed by a badger that she thought was harmless earlier, but her team hadn’t known that she was pregnant at the time and so they didn’t think that the badger’s secretions were going to target her baby. However, Robert had quickly figured out why she had passed out when he had remembered the badger and put two and two together. Robert had said that the animals didn’t know difference in multiplying cells that meant someone was dying or gestating so they were targeting Dariela because they thought she was weakest of the herd.

But Robert had said that he knew a way to help Dariela and keep her from miscarrying. So Dariela and Abe chose to trust Robert again by putting the life of their unborn child in his hands though Jackson and Abe had to finish carrying out their plan. Abe and Jackson finished building the EMP and they were able to knock out the fighter jets that eventually found them so they safeguarded the plane for a while. Only to keep the plane in safety meant they had to take it out into international airspace and leave their friends, albeit temporarily, stranded in Washington D.C. despite what happened with the Russian Delegation.

Their guys that had left to speak with the Russian Delegation had run into an animal problem at the Embassy. Somehow a gorilla was able to get into the building and it went on a rampage killing everyone including some of the people that Jamie and Mitch had to convince that the NOAH Objective was a bad idea. So their mission, which was to convince people that the animals shouldn’t be annihilated, was suddenly moot. No one wanted to listen to saving the animals after so many died. Including children. And therefore it didn’t even matter that General Davies that had been behind the attack because all anyone cared about wiping was out the entire animal species and learning how to start over.

The General though got he wanted. He had stopped the Russian from overruling the Noah Objective by releasing a gorilla into their midst and stalling on offering military support. So the only thing that stood in his way was Robert and he let Robert know that international airspace was no longer going to protect either him or his son. Robert and Jackson had spotted another fighter jet so Robert had eventually given in. He set the General the formula for the TX gas and that got the other man to back off. However, Robert didn’t immediately want to take the plan back to Washington afterward.

Robert instead wanted to introduce Jackson to a few of his friends out on a private island.