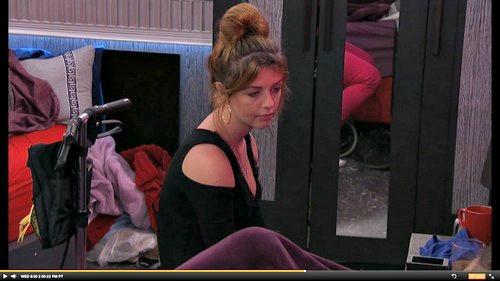 Big Brother 19 spoilers reveal that the house is in turmoil and no one really knows what’s going on. Paul Abrahamian has worked hard to confuse Alex Ow and Jason Dent, so they don’t even try to win the HOH competition on Thursday night. Here’s what we know about Paul and Christmas Abbott’s Week 10 plan so far.

Right now, Alex Ow and Jason Dent are upset with Kevin Schlehuber. Apparently, during the down time on Tuesday evening, Alex and Kevin got into a screaming match in which they both said a few unkind things. In Alex’s mind, it solidified the plan to get Kevin out in Week 10. However, Paul and Christmas have different plans.

Big Brother 19 spoilers indicate that Christmas and Raven Walton chatted about Week 10 target. They stated that Paul, Christmas, and Josh Martinez were going to try to win the HOH. They want to make sure that Alex doesn’t win the competition. Christmas added that if Alex won, she felt sure she and Kevin would go on the block. 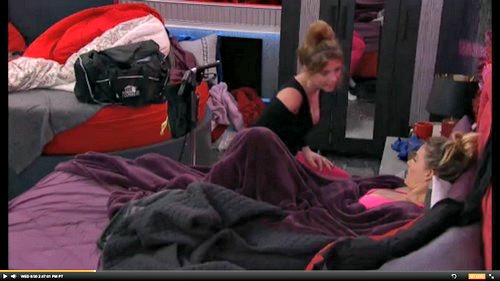 It sounds like Christmas and Raven won’t put up Kevin, and the target would be Jason and Alex. Raven added that Jason must be the one to go. However, Paul felt that Alex was a much bigger threat than Jason – which he is right about.

Meanwhile, upstairs in the HOH room, Alex continues to trash Kevin. She cannot believe that he has six daughters and he said THOSE things to her. Again, we have no idea what was said since no one has mentioned exactly what he said.

Jason added that he should apologize so the house could move on. Big Brother 19 spoilers suggest that Christmas has told Kevin not to apologize. It sounds like they want Kevin and Alex to hate each other so they can work them both, keeping the target off their backs.

While Paul seems to be innocent in this battle, it’s pretty clear; he’s been working behind the scene. He has gotten Alex to hate Kevin, Kevin to Hate Alex, and Raven to take a strike at Alex and Jason. Meanwhile, no one is targeting Paul, Christmas, or Josh.

Do you think anyone will figure out Paul has been playing everyone against each other? Who will win the HOH competition? Stick with CDL for more Big Brother 19 spoilers, news, and live feed updates!