BY Heather Hughes on May 16, 2017 | Comments: one comment
Related : Days of Our Lives, Soap Opera, Spoiler, Television 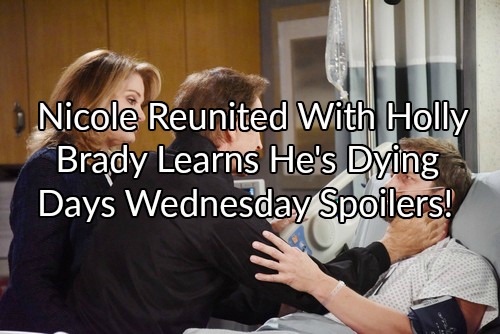 Days of Our Lives (DOOL) spoilers for Wednesday, May 17, tease that Nicole (Arianne Zucker) will make a break for it. While Eric (Greg Vaughan) battles the guard, Nicole will manage to get to the jet. She’ll be thrilled when she’s reunited with Holly. Nicole feared she might never see her daughter again, but she’ll have that chance thanks to Eric.

Of course, Nicole’s hero is still stuck at the villa. Eric won’t be able to escape, which means Xander (Paul Telfer) will wreak havoc. Days of Our Lives spoilers state that Xander will make Eric pay the price for creating this mess. He needs to fulfill his end of the bargain or Deimos (Vincent Irizarry) will feed him to the wolves. 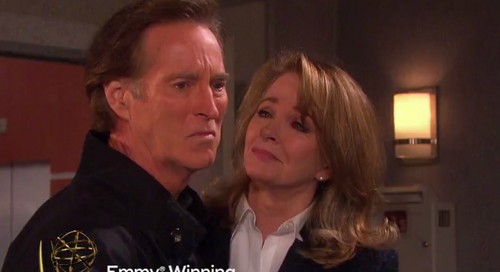 Xander will taunt Eric as he figures out his next move. He’d love nothing more than to kill Eric and he just may try. Days spoilers indicate that Eric will make it out of this alive, but it won’t be easy. When Xander’s around, other DOOL characters always seem to be in a desperate fight for survival.

Eric and Xander will argue about some of their previous encounters. This certainly isn’t the first time they’ve faced off. It looks like Xander will eventually search the island for Nicole. He needs to get her back before Deimos finds out she’s missing. Stay tuned to see how Xander handles all the drama. 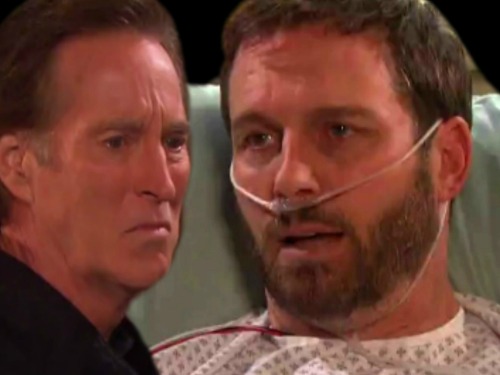 Meanwhile, Kayla (Mary Beth Evans) will give Brady (Eric Martsolf) some difficult news. She’ll admit that Brady’s condition is rapidly deteriorating. Brady will assume that he’s probably not going to make it. He’ll quickly accept that he could die anytime.

John (Drake Hogestyn) will finally make it back to Salem in Wednesday’s DOOL episode. Days of Our Lives spoilers reveal that John will share a warm embrace with Marlena (Deidre Hall). She’ll be so glad John arrived before it was too late. John will rush to his son’s bedside for some tender moments. He’ll insist that Brady needs to keep fighting for the sake of the people who love him.

Brady’s heart is giving out, but he’ll get a new one sooner or later. It sounds like he’ll just have to do his best to hold on. We’ll give you updates as other Days details emerge. Stick with the NBC soap and don’t forget to check CDL often for the latest Days of Our Lives spoilers, updates and news.