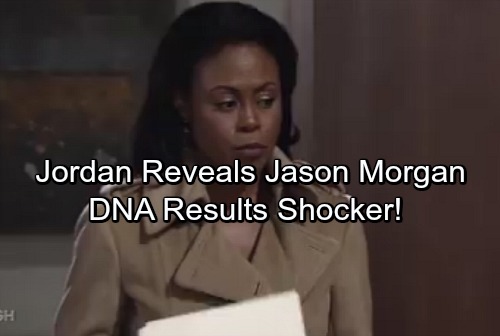 General Hospital (GH) spoilers tease that Jason’s (Billy Miller) friends and family members will continue to battle doubts. Now that Patient Six (Steve Burton) is in town, even the people on Jason’s side have questions. It’s tough for anybody to look at P6 and completely dismiss the possibility that he could be Jason. Nearly everyone in Port Charles has to wonder what the truth is.

That’s why it’s time to get to the bottom of this mystery. General Hospital spoilers state that Jordan (Vinessa Antoine) will take steps to make that happen. Later this week, Jordan will deliver the results of a DNA test. She’ll hold up a paper and eventually hand it over so the Jasons can see for themselves. 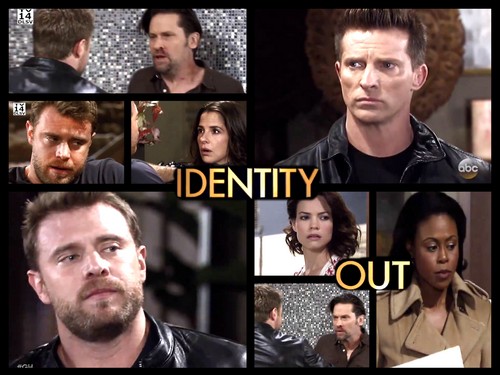 Of course, we’ve got a long GH storyline ahead of us. Since Jason and Patient Six are apparently identical twins, they should have the same DNA. Even if there are a few minor differences based on the different environments they’ve lived in and lives they’ve lives, that shouldn’t affect the test enough to declare one of them the true Jason Morgan.

However, this test could at least give them some crucial info. It might convince everyone that Andrew’s death certificate is phony. They’re not dealing with Jason and some unknown impostor. These are twin brothers who need to find out who they are and how they ended up in this situation.

Will Franco (Roger Howarth) be confronted again once the DNA results arrive? Jason, Sam (Kelly Monaco) and Liz (Rebecca Herbst) may grill Franco about where he got that death certificate. If someone can make the connection between Andre (Anthony Montgomery) and Dr. Klein (Gene Farber), that could be another step in the right direction. They just have to keep moving toward the real story.

Still, this could be considered a loss for Patient Six. Once people hear that Jason’s twin is alive, it’ll give them a way to explain Patient Six’s arrival. Many of them may assume P6 is actually Andrew, so his fight to prove he’s Jason could become even harder.

We also can’t rule out some DNA test manipulation. There’s always a chance that Dr. Klein or someone else will alter the initial results. Regardless, General Hospital spoilers say Patient Six will face some difficult moments soon. We’ll give you updates as other GH news comes in. Stay tuned to the ABC soap and don’t forget to check CDL often for the latest General Hospital spoilers, updates and news.