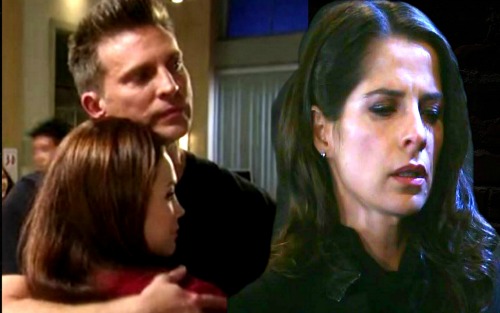 General Hospital (GH) spoilers suggest that the connection between former lovers and dear friends, Jason Morgan (Steve Burton) and Elizabeth Webber (Rebecca Herbst) gets stronger than ever when both struggle with broken hearts. Could heartache spark an old flame?

GH fans know that since Jason returned to Port Charles, he has been met with plenty of hugs and smiles by people who immediately knew and recognized him as the one true Jason Morgan. While others, including the woman, Samantha “Sam” Morgan (Kelly Monaco) who was supposed to be his one true love, continues to reject him, over and over again. Initially, she wouldn’t even speak to him or even acknowledge his presence until she needed something for Drew Cain (Billy Miller). 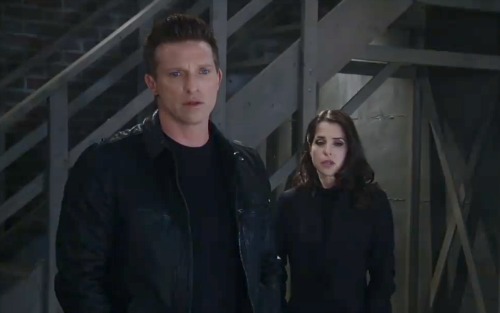 General Hospital buzz is that the moment that she clearly broke Jason was when he put his heart on the line. Everyone watched, as Jason opened his heart and soul to Sam on the docks and she literally stomped on him when she tried to give him back his grandmother’s ring. She devastated him, leaving Jason heartbroken with nowhere to go. Wasn’t that the most intense and emotional GH scene you have witnessed in a long time?

GH spoilers reveal that Elizabeth Webber is about to have her heart shattered too. She has rallied around Franco Baldwin (Roger Howarth) since the beginning, forgiving him for all his many awful misdeeds, blaming them on the brain tumor he had – but what about all the nasty things he has done since it was removed? 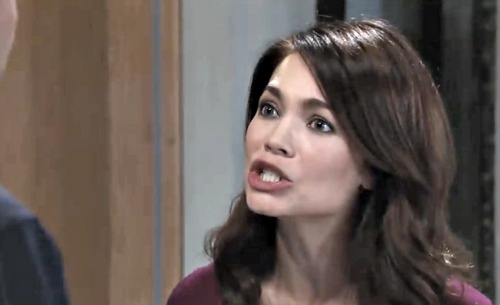 General Hospital spoilers show Liz is about to receive a HUGE dose of reality when Franco confesses to knowing about the twins’ identities. She angrily confronts him about not proving it all earlier. How is Liz supposed to remain engaged to Franco, and plan a wedding to a man who kept his real father away from her son?

Liz and Jason have always had a deep connection, they have been friends for a very long time and love each other on many levels. They are both struggling with devastating situations that are connected, so it would make complete sense that they would be drawn to each other for comfort. Viewers of the ABC soap opera know Jason and Liz hanging out and getting romantic will not sit well with either Sam or Franco, but do either of them have any right to say anything about it after the way they behaved?