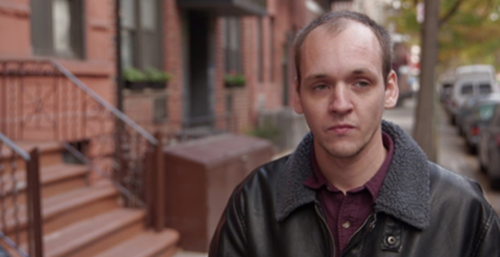 Tonight on TLC Return to Amish, the Breaking Amish spin-off airs with an all new Sunday, May 28 season 4 episode 5 called “Chasing Raber,” and we have your weekly Return to Amish recap below. On tonight’s Return to Amish episode as per the TLC synopsis, “Mary supports Sabrina at a custody hearing for her newborn baby; Carmela leaves Jeremiah after an explosive argument; Rebecca takes her GED exam but is shocked by Abe’s reaction.”

Tonight’s episode is going to be exciting you won’t want to miss it, so be sure to tune in for our live coverage of the show tonight at 8 PM – 10 PM EST! While you wait for our Return to Amish recap hit the comments and let us know how excited you are about the return of the Amish family.

Sabrina did make her court appearance in the end. However, she didn’t exactly receive good news. Children and Youth Services still felt that it would be in baby Ariana’s best interest to be placed in care while the court decided whether the child should be allowed to go to Sabrina’s parents and it didn’t help that Sabrina’s own history worked against her. She had been in Family Court once before with her first daughter and the court had allowed her to take the child back, but she had abused that trust when she ignored their warnings about unsupervised visits between Oakley and her father.

So Sabrina was still dealing with the fallout of having gone against court instruction and, in addition to that, losing one child already to the system had indicated that she couldn’t be trusted. But Sabrina had tried to show during her second time around with baby Ariana that she was willing to do everything possible to safeguard the child in question. She had offered to terminate her own parental rights to ensure that there was nothing impeding Ariana’s potential adoption by Sabrina’s parents and she would have gotten all of her paperwork in order as well as on time if Ariana hadn’t arrived early.

Though the judge ultimately decided not to take Sabrina’s hard work into account. She was deemed an unfit parent and Children and Youth Services were given custody of baby Ariana, but Sabrina and more importantly her parents still had other avenues that they could try to get the baby back. There was foster care after all and Sabrina’s parents had already agreed to go through all the courses they needed to be seen as the best option for Ariana. So while Matt felt that Sabrina’s situation was one step forward and two steps back – she actually wasn’t being as pessimistic as he was and was continuing to fight for her daughter.

Elsewhere, however, Jeremiah and Carmela had suffered a setback of their own. The two had agreed to try IVF to have a baby together and initially it had looked like everything was coming along just fine. What with Jeremiah’s genetic testing coming back in the clear and the doctor also telling that Jeremiah had a very high sperm court. But the problems first began when Carmela felt like Jeremiah was putting too much into fixing up the house and wasn’t paying attention to her of if he was then it was to take advantage of her. So the stress of trying to get pregnant and feeling like she was doing it alone was what pushed her into leaving.

And she really did leave! Carmela later packed up their stuff and left with the boys though she decided to tell Jeremiah that she was leaving by text which hadn’t been very fair to Jeremiah. He apparently hadn’t seen how bad things were getting between them and so he had tried calling his wife after she left because he had been concerned about her and the boys. Yet, Carmela had wanted a complete break from him. She said that the atmosphere back at the house had been toxic and she thought that it hadn’t been good for her children. So Carmela didn’t want anything to do with Jeremiah until she felt comfortable enough to handle it.

But Carmela’s trip to Washington hadn’t been well-thought-out. She hadn’t packed the proper clothing for herself or the kids and had more or less gone there just to escape her own husband. So the only thing she had been sure about was that if Jeremiah came out to Washington that their marriage could very well be over. Except Jeremiah didn’t know how they got to that point and so he had gone to Mary’s. Mary has acted as a surrogate mother to him and he felt comfortable with asking her what could he do to make his situation better, yet Mary didn’t know how to answer that because she had never suspected that Carmela would leave.

Mary admitted that she always thought Carmela would stay simply because she thought Carmela was too much of a nice person to ever leave. However, no one else had that problem. Both Abe and Rebecca had found out about what happened and neither of them were surprised. They said that Jeremiah and Carmela fought all the time and that Jeremiah was someone that tended to always have something to say. Whether that be good or bad! So they hadn’t thought that the marriage would work out and they sort of saw Carmela’s point. She wanted a husband that would listen to her and Jeremiah was someone that liked to believe he was right all time.

So Abe and Rebecca had had their doubts from the beginning and the fact that they had never mentioned it to Jeremiah or Carmela was to their credit. They knew that the couple wouldn’t want their marriage to be judged by outsiders and were wise enough to keep their mouths closed yet Abe and Rebecca have also admitted in their confessionals that they too have had problems. Like Rebecca wanting to get her GED. Rebecca had wanted to get her GED because she had hopes of one day having her own career and Abe hasn’t been supportive of that. But all the same he made sure to be there for his wife when she failed her test.

Rebecca had studied for the test and had wanted to pass it more than anything, but unfortunately she had had an anxiety attack at the worst possible moment and that forced her into abandoning her seat before she even had the chance to finish her test. So it wasn’t so much so Rebecca failed the test, it was more she that she suffered from something that she couldn’t! Anxiety attacks were no joke and Rebecca has been suffering them for a while now. However, Abe had surprisingly had an about-face and he had been supportive of Rebecca when she tried to tear herself down for what happened. And a lot of times that’s what people that do suffer like that want to hear.

She couldn’t have caused it and she couldn’t have stopped it. But there was always tomorrow and Abe appeared to be a little more receptive at Rebecca taking another chance at passing her test. So Abe and Rebecca have come a long way and Jeremiah who saw it for himself had wondered if he should try therapy with Carmela. Carmela had talked to him about how she was feeling and how she felt like he was treating her like crap so rather than ignore what she was saying – he took it all in account and realized that he had to change if he wanted to keep his wife. And admitted he was opening to counseling.

Though Mary had shockingly been against therapy. She thought that her way in which she hid stuff from Chester was somehow better than therapy because she thought counselors didn’t honestly fix things. So Mary had tried to talk Jeremiah out of therapy and she had been adamant when she said that anything else would be preferable yet Abe and Rebecca hadn’t taken what Mary said to heart. They both talked about in their confessionals and they thought it was because of Mary’s upbringing that she was so against the idea so they considered her old-fashioned. And had rooted for Jeremiah to go ahead with counseling.

So you know what? Jeremiah being so willing to fight for his marriage was what got Carmela to come back. She saw that he was finally open to listening to her and working on himself so she agreed to go to counseling with him because she knew that it was working towards something rather than just pretending like nothing was wrong. Which was what their IVF and trying for a baby had been about! Yet, while Abe and Rebecca were at first supportive of Jeremiah wanting to work on his marriage, that support abruptly ended after Carmela reentered the picture. Abe and Rebecca began saying that they didn’t want the other couple at the house and that had surprised Carmela.

Carmela had never experienced Abe and Rebecca changing so suddenly on her, but Jeremiah has and so he told his wife that it was nothing new. He said that Rebecca did that all the time and that she somehow talked Abe into following after her whenever she felt like fleeing an uncomfortable conversation. However, Jeremiah didn’t feel like putting up with that behavior anymore. So he told the other couple to leave them alone if they didn’t want to be friends anymore and so in this case both sides decided it was best that they distance each other for the time being. And, well, that just meant Jeremiah didn’t have his family to turn to when he experienced even more problems with Carmela during their therapy session.