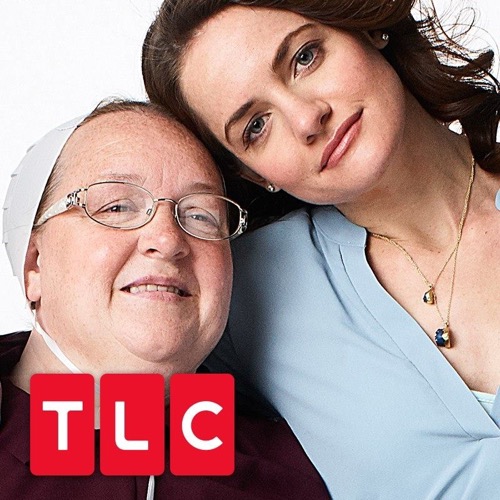 Tonight on TLC Return to Amish, the Breaking Amish spin-off airs with an all new Sunday, May 14 season 4 episode 3 called “Fun in the Shun,” and we have your weekly Return to Amish recap below. On tonight’s Return to Amish episode as per the TLC synopsis, “Jeremiah Raber needs alone time with Carmela Mendez to help their marriage; Rebecca Schmucker’s arrival in Florida messes up everyone’s vacation; Sabrina High learns the fate of her paternal rights to Oakley and worries her newborn child will also be taken.”

Mary was concerned about Jeremiah. She knew that not everything was working out for him in Florida and that he was having some problems with his wife. So she decided to take a road trip and go see how he was doing for herself and Abe agreed to go with her however Rebecca chose to stay behind. She thought things were still weird between her and Mary because she suggested that Mary might have a gambling problem so she decided to stay home at study for GED.

But as it turns out Rebecca had had another reason for not going. She later admitted that she didn’t want to run into Jeremiah after the last time she had talked to him.

That was when he had made fun for her for wanting to study dentistry because he said that the only thing she would suggest was that her patients get their teeth pulled. However, that had offended Rebecca and so she wasn’t in a rush to see him so soon after he had essentially laughed about her plans. So there were a few things that she needed to talk about seeing as it was still bothering her though the trip itself hadn’t been so bad without her.

Mary and Abe had had fun driving down and the only thing that did cramp their styles had been waiting around at Jeremiah’s house because they had warned him they were coming and he hadn’t been there when they did arrive.

Though when Jeremiah did show up, he had been glad to see them. He had told them about how the contractors had walked out after he told them about a few problems he noticed yet he was someone that was used to doing things for himself and so he didn’t see what he did was wrong even if it did upset his wife.

Carmela had wanted the contractors to finish the job because she felt that was the only way it was ever going to get done and so she was upset that Jeremiah had got so consumed with the idea of doing the renovations himself that he got in their way. So now she has to get up, jump on the half-finished deck, and pray that the bathroom inside is working.

So Carmela and Jeremiah have been fighting so much that Mary’s idea to take a mini-vacation had sounded like a godsend. Mary had said that they should all hang out and just have fun for a few days so Carmela had been thankful because she knew that her marriage was on a breaking point if they didn’t do something about fixing it.

Yet, she wasn’t the only one that noticed that things were teetering. Jeremiah had talked about his marriage to Abe and he had even asked Abe how it was going for him and Rebecca in therapy. And Abe believes that its going well, but both Jeremiah and Rebecca were both thinking it if it was going so well then why was he with Mary and not his family.

Abe had gone with Mary because he had wanted to go to the beach. But that meant his wife Rebecca was handling their two daughters on her own as well as trying to study for her GED. Which isn’t easy. So Rebecca was back home wondering why her husband didn’t support her as much as he supported his mother.

Abe agreed with everything that his mom decided to do whether it was driving or gambling however he had a problem with his wife wanting to get her education and wanting to get a job. He said that it was his responsibility as the man of the house to support the family and so he didn’t want his wife working because it didn’t fit with his Amish beliefs.

So her tutor said that geography wise she was around middle school because she did have some groundwork and just needed to work on it though Rebecca wasn’t shying away. She truly did want to learn and more than anything she was excited about it. And so all Rebecca wanted was Abe’s support as she continues her education.

So Abe said he was trying except the Florida vacation said otherwise. He and the others had driven out to Sarasota to relive some of their partying days out there and they had even rented out a cottage. The cottage was a cute place that they could all enjoy their own rooms without getting in each other’s way and so it was sort of like a second honeymoon for Jeremiah and Carmela while Abe and Mary were their usual goofy selves.

Though things weren’t so great with the others. Sabrina had heard back from the judge and unfortunately the courts had decided to terminate her parental rights for Oakley so that made her worry about her second child.

Sabrina was told recently that it was advisable that she give birth in a hospital rather than at home because the type of medication she was on. Yet, having her baby in a hospital meant that the courts would hear about it and possibly take that child away from her as well.

So Sabrina has been thinking about her options with one of them being if she should keep the baby or give it up for its own good. She figures if she gives up the baby that it could be raised by her parents in the Mennonite community, but what’s stop her from making up her mind was how she felt knowing that her own birth mother had given her up.

Sabrina’s friends like Matt have said that they’ll stand by her and help her. But she’s so confused about what she should do that she was afraid of doing what she wanted to do. So Sabrina was struggling right as things in Florida went from good to bad in a very short time. Jeremiah and Carmela had announced that they were trying for a baby.

They said that they were looking into IVF because Carmela’s tubes were tied and it would be hard on her going through the process of untying them so they figured IVF would be easier. That way they could they could get a viable embryo and Carmela could carry the child without any additional problems.

Only neither Mary nor Abe thought it was a good idea that Jeremiah and Carmela were trying to have a child. The two thought that the couple were having so many problems that adding a baby would just make things worse and Abe more importantly thought that they should at least finish the house seeing as that’s been their problem from the beginning.

But the couple thought that they had everything handled after a few days in Sarasota so they didn’t see the look that Mary and Abe had on their faces and they didn’t second guess themselves until the next day. When they got into a fight because Jeremiah was feeling judged by the Amish community there.

However, Carmela didn’t see what the big deal was because she said that everyone was so nice and no one had come up to them. So she thought that she should stay except Jeremiah was very dismissive when he told her to just do as he said and later he was rather bluntly honest when he said that he going to be focusing on fixing up the house when they went back home though he at least said that he was going to try and be better for her.

And so she had been happy about that because she hadn’t wanted the house wouldn’t to tear them apart again, but low and behold Rebecca decided to come down to Florida and ruin the mood.

Rebecca hadn’t thought it was fair that everyone was having while she was dealing with the kids so she flew down there. Though she soon found a problem with everything. She had found out that Mary had gone out drinking with the others and that she had even danced around the stripper pole yet Rebecca had been concerned about how that affected Mary’s husband Chester.

Chester was still part of the church and he could find himself shunned if Mary were to go too far one of these days. So Rebecca believed that Mary should tell Chester what she was doing and Mary had a different idea. Like telling her husband only wanted he needed to hear.

Mary had told Carmela once that her first fight with Chester after they got married had been ten years into the marriage because she had always told him what he needed to hear rather than telling him everything. Yet, Rebecca disagreed and so did Mary’s other children who told their father about Mary driving, gambling, and drinking because they best to forewarn their dad about what she was doing.

So a lot of people didn’t agree with Mary’s philosophy and Rebecca just happened to be the person in Mary’s face when she said that. And so that did bring down the party atmosphere because Rebecca was the type to judge. And it wasn’t before long that Jeremiah got into a fight with Rebecca.