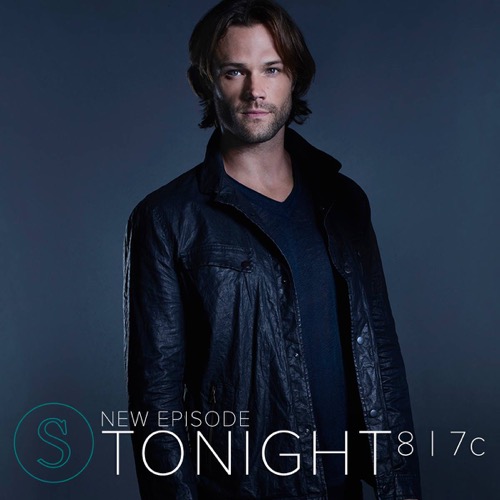 Supernatural airs tonight on the CW with an all new Thursday, October 19, season 13 episode 2 called “Lost and Found,” and we have your Supernatural recap below. On tonight’s Supernatural episode as per the CW synopsis “Sam (Jared Padelicki) and Dean (Jensen Ackles)  begin to explore what Jack is capable of doing with his powers, but an unexpected visit from Donatello alerts the boys to the fact that Jack will need more protection than the Winchesters can provide. Meanwhile, there is a new Prince of Hell in town, Asmodeus, and with Lucifer out of the picture he sets his sights set on Jack.”

The show opens with a group waiting for Lucifer to return to his lair. Castel shows up instead and tells the group that changes are coming. He calls Drexil, Harrington, and Sierra forward, the rest of the group is killed. He tells the three left standing that there is a new sheriff in town. Dean and Sam drive through the night and talk about how their mother is dead. The very next scene is of Mary walking with Lucifer. He tells her he is not going to kill her. He plans to trade her for his son since her boys have him. Dean, Sam and Lucifer’s son, Jack stop at a hotel for the night. Jack is thrilled to watch cartoons on the television and eat hamburgers.

Jack talks with Dean and Sean, telling them he knows he can move things with his mind but he is not sure of what other powers he has. They try to help him figure it out. As they talk a man approaches their room. Dean hears a noise and pulls Donatello in from the hallway. He tells them he was drawn to come to them because of Jack. Since Jack is a child of a human and an archangel he is very special. Donatello tells them Jack has no evil within him. Dean and Sean take Jack to get a tattoo that matches theirs. As soon as the tattoo is complete Jack looks at it and it disappears. Dean says this is a bad sign. Dean, Sean, and Donatello have an argument trying to figure out if Jack is evil or good. As they argue Jack disappears.

Sean finds him crying in an alley. He said he had to leave because everyone was so angry. He was uncomfortable and all of the sudden he was in the alley. Sean says he has special powers and they will help him get a handle on them. Jack’s asks if that is why Dean hates him. Sean reassures Jack that no one hates him. Castel shows up at the bar where Dean is having a drink in the form of the female bartender. He/she asks Dean some questions before he leaves but gets angry because he didn’t learn where Jack is.

Donatello and Sean try to guess how powerful Jack will become. Jack doesn’t really understand that Lucifer is his father but was really bonded to his mother who was a very good person. They hope Jack will also be kind. Mary and Lucifer continue to walk in the desert. Sean, Dean, and Donatello come back for buying food and discover Jack is gone. Donatello can feel Jack’s energy and they follow his lead. As they are about to leave the hotel Dean is attacked by a demon but Sean comes to his rescue. Donatello is then attacked by Dean saves him. They leave in search of Jack.

Castel takes the form of Donatello and tells Jack God has a message for him. He must learn how to use his gifts for good. Jack isn’t sure how to do it but Donatello/Castel promises to help. Dean, Sean and the real Donatello keep searching for Jack. Castel is able to get Jack to use his powers to start to call up Lucifer. Just then Sean, Dean, and the real Donatello arrive. Castel turns on them and starts to choke them out. Jack uses his powers to stop Castel from hurting Dean, Sean, and Donatello.

Lucifer and Mary come across Michael in the desert and he can’t believe Lucifer is still alive. He killed Lucifer before and will again. They fight. Dean, Sean, Jack, and Donatello return to the hotel. Jack starts stabbing himself but he heals immediately. He is afraid that he will hurt someone that Sean thinks he can be saved. Jack knows Dean doesn’t believe that. Dean tells Jack if he can’t be saved he will kill him.