BY Sean O'Brien on May 8, 2017 | Comments: 3 comments
Related : Soap Opera, Spoiler, Television, The Young and the Restless 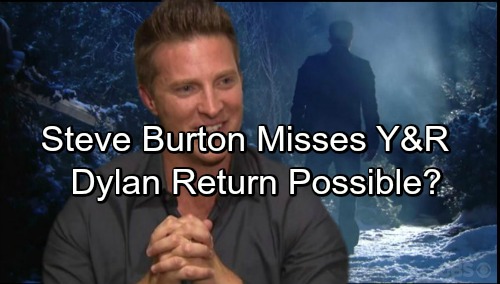 The Young and the Restless spoilers tease that Dylan (Steve Burton) might not stay in the Witness Protection Program forever. A recent interview with the 2017 Outstanding Supporting Actor in a Drama Series winner offered hope for Burton’s return to Y&R.

Considering that the actor has opted to only pursue personal projects and hasn’t signed on with another soap, a limited-run return this fall is intriguing. “Obviously I miss seeing these guys everyday and it’s been nice to be home, but I’m always going to miss it no matter what.” 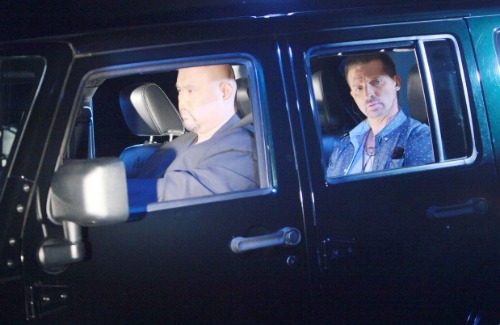 Burton’s choice to not renew his contract last fall was met with surprise by viewers who embraced his post-General Hospital role on Y&R. Jason Morgan evolved into a stone cold killer on ABC’s iconic steamer during the years (1991-2012) that Burton embodied that dark character. Burton’s choice to play an entirely different man made sense, as another level of his talent could be tapped by playing the vulnerable Dylan character. 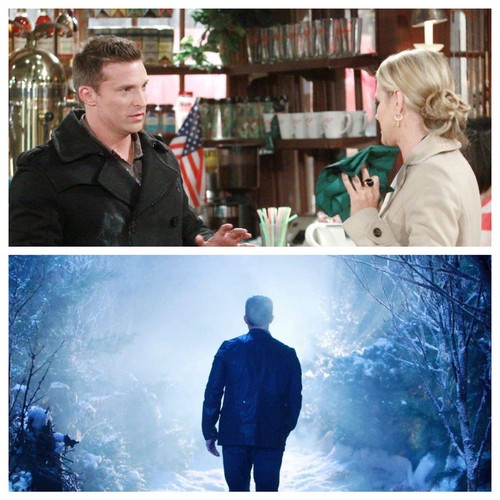 Capturing the 2017 award initially appeared to cap Burton’s daytime career. However, this soap opera veteran left Y&R on good terms after a four-year run (2013-2017). By offering proper notice he also enabled a fitting write-out to be crafted.

Dylan surprisingly stood by Sharon (Sharon Case) after the Christian (Jude and Ozzy McGuigen) reveal took place. However, Dylan’s psyche was simultaneously wrecked. That led to his acceptance of an undercover assignment in Miami where he helped to bring down a drug lord. 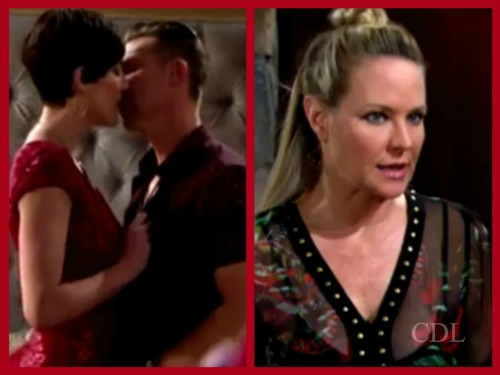 Derek, which was Dylan’s alias, was maneuvered into sleeping with another woman (Alex, Jess Webb) as part of the sting. That willful action caused Dylan to later leave Genoa City without Sharon after he’d returned from Florida.

Of course the possibility that Alex conceived Dylan’s child during his compromised night of passion exists. Add nine months from that event and Jess’ arrival in Wisconsin by fall can be projected.

Sharon surely would contact Paul (Doug Davidson) the instant Jess located the home where she thought Derek was living. In this instance, Paul would actually be a grandfather to Dylan’s real child and therefore facilitate contact after Jess is arrested and the baby is taken from her. Thus the setup for Burton’s return to the show, even if on a limited-run basis exists. CDL is a leading source for everything linked to The Young and the Restless. Check back regularly for Y&R spoilers and news!