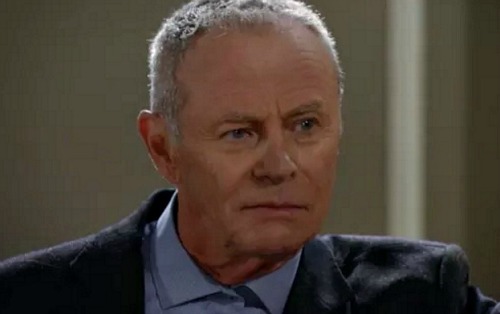 General Hospital (GH) spoilers reveal Tristan Rogers, who portrays WSB Agent Robert Xavier Scorpio in the ABC soap opera has taken to his Twitter account revealing he is done taping his latest stint in Port Charles and the rest remains up to Executive Producer Frank Valentini. How do you feel about Robert Scorpio leaving GH once again?

Robert Scorpio has been a key player in Port Charles since December 1980, appearing on and off throughout the years, so it is not that shocking that Tristan Rogers is leaving once again.  The timing of his exit might surprise fans of the ABC daytime drama as he is currently caught in the middle of an intense storyline involving his ex-wife, Anna Devane (Finola Hughes), who is being held captive with her current flame, Dr. Hamilton Finn (Michael Easton).

GH spoilers indicate that the superspy has been working with Jason Morgan (Steve Burton), trying to find Anna and Finn, in hopes of learning who the captors are. General Hospital buzz teases that suspicions are leading to Valentin Cassadine (James Patrick Stuart).

Finn and Anna know she is only being kept alive only to force Finn to find a cure for Cassandra Pierce (Jessica Tuck). The question remains, will Jason and Robert find Anna and Finn before its too late and will this storyline be the reason behind Robert’s exit?