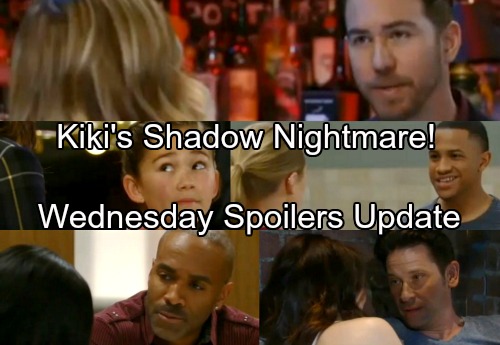 General Hospital (GH) spoilers for Wednesday, April 18, tease that Liz (Rebecca Herbst) will force Franco (Roger Howarth) to face the facts. As they enjoy bonding in bed, Franco will dwell on the pain of his past. Liz will suggest that she knows Franco wants this to be over, but it’s not. He’s still got some work to do if he hopes to live his best life.

Franco has to deal with what Jim (Greg Evigan) did to him and put it behind him. He can’t move on until he tackles this challenge, but Liz will be there for him every step of the way. Meanwhile, Kiki (Haley Erin) will cross paths with TJ (Tequan Richmond). He’ll grin and mention the shadow program that recently accepted Kiki. TJ will realize it’s Kiki’s first day, so he’ll certainly wish her luck. 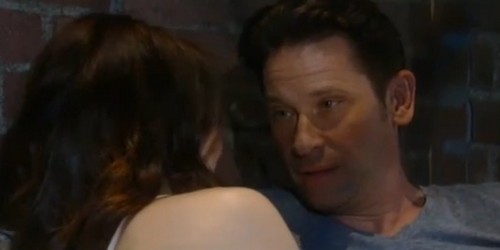 However, Kiki isn’t feeling very lucky thanks to Dr. Bensch (James DePaiva). She’d rather be shadowing literally any other doc at GH, but she’s stuck with the creep. Will TJ sense that something’s wrong? What about Molly (Haley Pullos), who will also encounter Kiki on Wednesday? General Hospital spoilers say Kiki will struggle to hide her fears, so we’ll see if somebody gets a clue.

In Switzerland, Anna (Finola Hughes) and Robert (Tristan Rogers) will have another disagreement. They’ll manage to keep this one a little more civil since Emma (Brooklyn Silzer) will be in the same room. General Hospital spoilers state that Anna’s tactic won’t pan out, so she’ll have to go with plan B. She’ll be hesitant to change her course, but Robert will believe this is Anna’s only option. 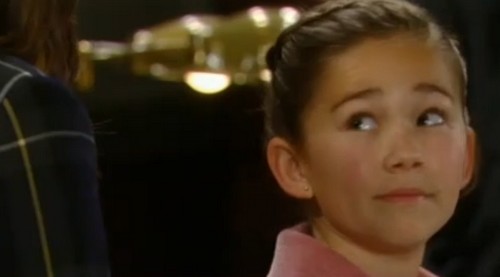 Anna and Robert will eventually get on the same page. However, they’ll remain at odds over what Heinrik’s capable of. Anna believes Heinrik is simply wounded and misunderstood, but Robert suspects this guy could be dangerous. Since we know Heinrik is Peter (Wes Ramsey), there’s a bit of truth on both sides.

Speaking of Peter, he’ll agree to join forces with Maxie (Kirsten Storms) on Wednesday. Nina (Michelle Stafford) can’t ignore her fears about shady Mr. August, so Maxie intends to rectify that. Peter and Maxie will back Nina into a corner, so expect some fake smiles at this mini gathering.

Once Nina’s a captive audience, Peter will urge her to voice her concerns. He’ll hope he can alleviate any doubts she might have about him. Over with Curtis (Donnell Turner), he’ll have some news to share with Jordan (Vinessa Antoine). She’ll be intrigued when Curtis suggests there’s more to Peter than meets the eye. Curtis will talk about his investigation and vow to unearth some juicy secrets.

General Hospital viewers won’t want to miss all the drama ahead. We’ll give you updates as other GH details emerge. Stick with the ABC soap and don’t forget to check CDL often for the latest General Hospital spoilers, updates and news.