The Bold and the Beautiful Spoilers: Will Truce Last Between Thorne and Ridge – Brother’s Maintain Peace or Battle Again? 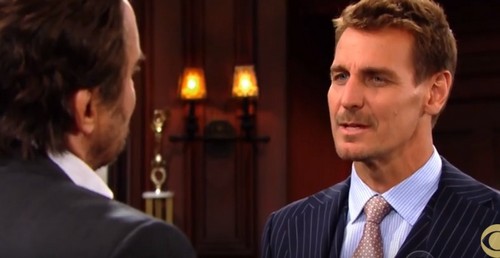 Weddings melt hard feelings. Such appears to be the case with Bridge’s umpteenth nuptials, or so good-hearted fans hope. Thorne has suspended his campaign to torque Ridge. Ongoing developments are also affording both men the mutual option of continuing positive brotherly relations moving forward. 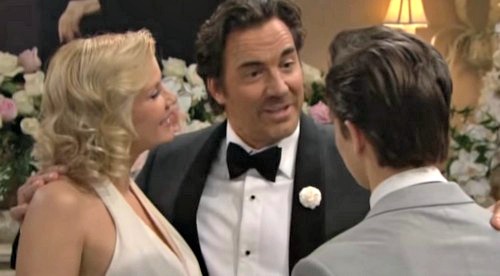 Thorne’s recast return to Los Angeles was coupled with the new face of this character fronting his love for Brooke (Katherine Kelly Lang). Logan was surprised that one of her other one-time husband’s was so bold. But B&B’s longest-tenured female character’s enduring beauty had actually attracted Thorne. Seasoned readers took note of the bold and beauty wink within this paragraph as well.

John McCook (Eric) is B&B’s longest tenured male character. Both he Brooke debut during the The Young and the Restless’ spinoff year (1987).

As devoted viewers recall, Katie (Heather Tom) flaunted her lingered body for Thorne after he unexpectedly arrived at her home a handful of weeks ago. She thought Wyatt (Darin Brooks) was back to continue their role play, but instead it was her sister’s single ex-husband.

The teased idea that Thorne might move in with Katie didn’t play out. But it’s now fair to wonder if Watie has a short shelf-life. Katie appears to be increasingly intrigued by Thorne’s potential and it’s reasonable to believe that Wyatt and Hope (Annika Noelle) could renew their bond? Yes, Liam (Scott Clifton) is an option for Hope, but that wouldn’t necessarily prevent a renewing of romantic interest with his brother. 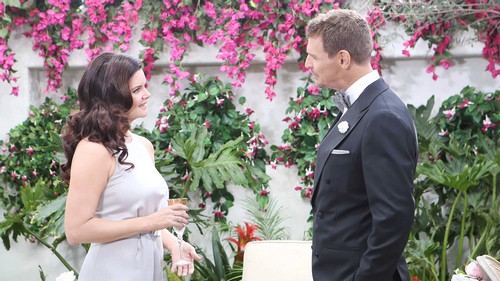 Flirtations were enabled between Katie and Throne when Steffy (Jacqueline MacInnes Wood) rejected Brooke’s Matron of Honor offer. Hope subsequent suggestion that Katie assume that position led to her and Thorne interacting leading into Bridge’s ceremony.

As for he Ridge-Thorne issue, it could be played either way. Both men maintain the peace and are written toward drama with other characters, or the brothers pick up their battle after the honeymoon. This scribe prefers that brotherly respect continues indefinitely.

For his part, Ridge should follow up by asking Thorne to work as an aspiring designer at their family company. Thorne clearly has talent and merely asked to be given a chance upon his return to town. Ridge’s gesture in this regard would further strengthen growing bonds of trust.

Brooke would also appreciate the gesture, as would Eric. The head of the Forrester clan simply wants to see the men he raised enjoy their lives while also working together under his business roof.