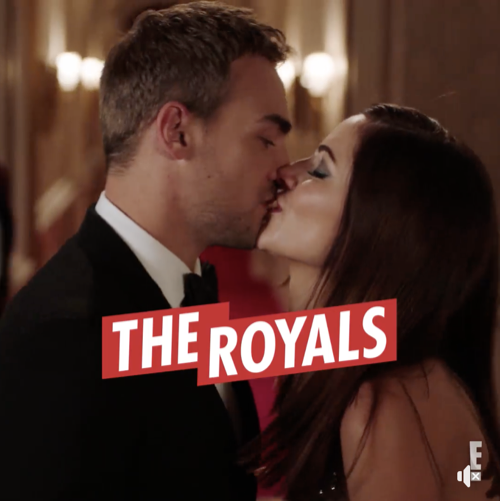 Tonight on E! The Royal’s airs with an all-new Sunday, April 15, 2017, Season 4 episode 6 and we have your The Royal’s recap below.  On tonight’s The Royals season 4 episode 6 called, “My News Shall Be the Fruit to That Great Feast,” as per the E! synopsis, “Tensions rise at a family dinner celebrating the Queen’s birthday, as Liam brings a surprising guest and Jasper finds out the identity of the man who shot him.”

The ballistics are in on the assassination attempt on the king’s life and it seems the bullet was never meant for Robert on tonight’s all new episode of “The Royals”.

Someone had used Robert as a shield. They what it to look like they wanted the king’s death when the truth of the matter was that the bullet was meant for Jasper. Jasper was the intended target all along and he had been shocked to learn of this. He thought at first that the report was a mistake and that he had merely gotten shot by chance however ballistics don’t lie and so Jasper has been thinking about that day. He remembered how Robert acted and had even combed through some of the photos from then to see if there were any warning signs. And the one thing that stood out for him was that Robert kept insisting he stay.

Jasper remembered that he had tried to quit. He had been told that he couldn’t contact Eleanor anymore and hadn’t been willing to agree to those terms, so he quit and had tried to resign before they arrived for the event and Robert wouldn’t accept his resignation. The king had said he needed Jasper and hadn’t wanted to listen to him when Jasper stated they should go because he was worried about the security issues. Robert had said at the time that he would go in a minute and that it was Jasper’s job to keep him safe, yet that insistence was out of the blue and so Jasper came to believe the king tried to kill him.

Robert hasn’t hidden the fact that he doesn’t like Jasper and Eleanor dating. He would go into Eleanor’s rooms without forewarning and then get into a staring competition with the very awkward Jasper. Jasper knew he couldn’t say anything and he also knew that Robert knew he couldn’t say anything, but Jasper never said anything because of Eleanor. Eleanor was someone they both cared about and so Jasper did his best to bite his tongue for her sake. She just didn’t appreciate all that he did for her and he was beginning to notice that sometimes she took him for granted.

Eleanor knew all about Jasper’s complicated relationship with his father and she chose to ignore that by taking lessons from Earl Frost. The same man that hurt Jasper so many times that Jasper couldn’t bare to look at him for long and so Jasper felt he should put his foot down. He went to his father who was still acting like a fake Italian count and told him that he needed to leave the palace. Earl was a conman that wasted his life away and Jasper told his father that he didn’t want him (Earl) to corrupt Eleanor. Eleanor was sneaking out of the palace and learning how to crack open looks. Jasper knew his girlfriend could only have learned that from one person.

Jasper told his father to go and refused to listen to any of his dad’s excuse. He just told him to leave before he tried to return to normal with Eleanor and so he had been looking forward to the dinner for Queen Helena. It was Helena’s birthday and she wanted to celebrate what might be her last year as Queen. She knew that Robert was serious about getting married and that made her question what she had done with her life. Helena had asked close friends if she had actually done anything worthwhile because she couldn’t remember if she did and, while she had been reassured, she still had many regrets.

Helena regretted sleeping with Sebastian. He was a friend of her daughter’s and luckily he stopped at being friend to Eleanor though Helena still had been embarrassed by the whole episode and hadn’t for once wanted to deal with her mother. Duchy was still around and she was making Helena crazy with her antics. She demanded to be treated as the matriarch of the family and everyone thought that was laughable. They all knew that Duchy killed someone. She might have claimed that she didn’t mean to kill that young girl that could have become queen except she did poison their girl’s horse and that same girl got thrown from said horse.

They all tried to kick Duchy out of their lives when they learned about that and somehow she wormed her way back in just to make Helena miserable. The queen was looking forward to things changing because she hoped her life would be changing for the better and her kids thankfully didn’t disappoint. They flew Prince Hansel from Helena’s favorite tv show and things had been going well. They all managed to talk Duchy into turning in early for the night and they got to finally talk with the count. The count had been pretty sweet when he said he remember how his son had a spelling bee and how he had hidden himself in the back because he hadn’t wanted to be an embarrassment.

Earl revealed he had been there for his son and had thought he was helping by not introducing himself, but then he got emotional and had needed to excuse himself. He had told Jasper how much he loved him in his own way and despite that going without notice by everyone besides either Jasper or Eleanor, he had needed time to regain his composure and his words even had an effect on everyone. Helena said that she had regrets and that she wished her children would go through life without any of their own. She was being sweet and Eleanor decided to ignore that because she had an axe to grind.

Eleanor hadn’t liked Robert inviting Sebastian to dinner because she believed he was trying to break up her relationship with Jasper. Jasper on the other hand was content on being quiet while Eleanor wanted to confront her brother and so she got into a spat with Robert that soon involved everyone at the dinner table. They all wanted to get answers from Robert and Robert had gotten snippy. So much so that Helena told him to walk away and then threw her drink at him when he wouldn’t leave. She managed to hit him with her wine and so he announced that he and Willow were getting married before adding “Long Live the Queen!”.

Robert later apologized to Willow because he hadn’t expected to announce their engagement like that and was in fact happy that she did say yes to him. She had started off by saying maybe and then changed it to a yes later on however they were happy and so they changed their mind about missing out on dinner. They went back in with their apologies and everyone else also had their apologies. The dinner was then able to go ahead and they had a good night which included Robert making a apology to Kathryn. Kathryn had showed up as Liam’s date and Robert did appear to be happy for the two of them. And so the dinner went ahead with only one thing different about it, Jasper wasn’t angry anymore.

Jasper had gone after his father following that spelling bee revelation and the two had bonded. Jasper had even felt comfortable enough to tell his father that he believed Robert tried to kill him and Earl said he was wrong. Earl knew Jasper was wrong because he admitted that he had been the one to shoot Jasper. He thought that would help Jasper get Eleanor back and he confessed that he left his glasses which was why the shot wasn’t two inches from the heart like he wanted. And Jasper found the whole thing to be insane. He cursed at his father and had been pretty ticked off for a while.

Jasper had been upset for thinking his father would think what he did was a good idea and it wasn’t until he told Eleanor everything that the two managed to laugh about it. They both kinda liked Earl in their own strange way and Eleanor did tell Jasper about her secret outings, so the two were getting over their problems and were trying to figure out what to do about Robert when Robert surprised them again. The king announced that he was knighting Jasper and that Eleanor wouldn’t be dating a commoner. He failed to tell them that Earl had blackmailed him into doing it because Earl said he would tell everyone that Robert had called him at Christmas to give Earl a story he could sell.

So Robert was blackmailed into doing the right thing and his only consolation was the returning Cassandra who had a few words to impart on the king.

Cassandra told Robert that she’s been watching and she knew Willow will never love him because Willow might even be in love with someone else like his brother, Liam!