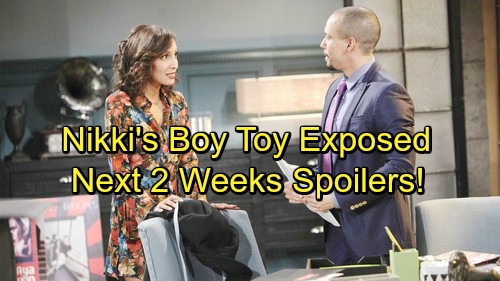 The Young and the Restless (Y&R) spoilers for the next two weeks tease that some bombs will drop around Genoa City. During the week of March 5-9, Sharon (Sharon Case) and Nick’s (Joshua Morrow) agreement will make major waves. Nick decided to move in with Sharon, but that choice won’t go over well with Phyllis (Gina Tognoni), Victoria (Amelia Heinle) or Nikki (Melody Thomas Scott).

Victor (Eric Braeden) may not approve either, but he’ll be busy dealing with a threat at Newman Enterprises. Thanks to the evidence Victoria (Amelia Heinle) cooks up, Vic will be forced to take a closer look at Ashley (Eileen Davidson). Of course, Ashley will argue that Victoria and J.T. (Thad Luckinbell) are the ones who deserve to go down. She’s certainly right about that.

As Victor launches an investigation, it may put J.T.’s undercover mission in jeopardy. Victor could fire J.T. and blow everything or worse, learn he’s working for Paul (Doug Davidson). The Young and the Restless spoilers say Victoria’s deception will ultimately cause big trouble. J.T.’s got quite a temper, so things are sure to end with an aggressive faceoff down the road.

In the meantime, Devon (Bryton James) will tackle some tricky situations. Hilary (Mishael Morgan) will want to have Devon’s baby, so that’ll obviously bring some awkward moments. Y&R fans can also expect a business deal for Devon. He’ll make a bold move that affects the future of Hamilton-Winters. 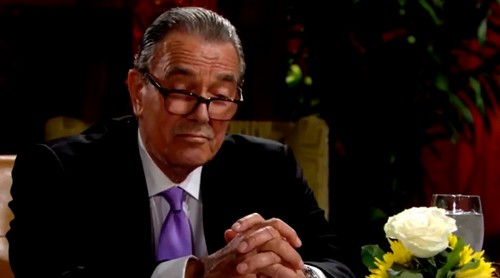 Since Lily (Christel Khalil) will make a play for power, she might play a role in Devon’s empire expansion. However, Lily won’t completely bury herself in work. She’ll squeeze in some sexy time with Cane (Daniel Goddard), so “Lane” fans will want to tune in.

Lily will focus on her war with Hilary during the week of March 12-16. Her revenge scheme could catch her enemy off guard. Elsewhere, Nikki (Melody Thomas Scott) will get caught doing something naughty. Will her Arturo (Jason Canela) hookups come to a screeching halt? Perhaps Nikki will have to give up her boy toy after this shocking exposure.

Victor will get stuck in some drama as well. He’ll manage to save the day somehow, so that could involve Nikki or possibly his sparring daughters. Abby (Melissa Ordway) and Victoria’s (Amelia Heinle) bitter battle will definitely be at its worst soon. Of course J.T.’s spying on Newman is most likely source of trouble for The Moustache.

Check out what we’ve got in store for you next week on #theyoungandtherestless You don’t want to miss this! #yr pic.twitter.com/CtTiQ99ybp