The Young and the Restless Spoilers: Mystery Woman Targets Newman Enterprises – Is Chelsea Back? 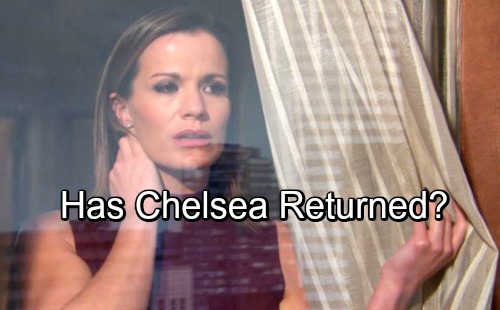 The Young and the Restless spoilers tease that the scrambled voice doesn’t necessarily have to be an undead J.T. (Thad Luckinbill). In fact, it doesn’t have to be a stereotyped bad man who’s targeting Newman Enterprises. Why couldn’t it be Chelsea (Melissa Claire Egan)? She’s the one with a grudge against Victor (Eric Braeden), the real bad guy, because of what he did to Adam (Justin Hartley) and then her.

Egan just left the cast a handful of months ago, scribe. Why would she come back so quickly? There’s been no news of that. Yes, the first sentence seasoned readers thought of is right. But soap actors come and go regularly, as we all know. Egan advised upon her departure that Chelsea would be back some day. Why couldn’t that be later this summer?

As far as news relating to Egan’s return. Surprise comebacks happen rather often in daytime drama. Okay, buddy. But why would Chelsea, in particular, be doing what she’s doing? And why would she be doing that now? What’s her goal? 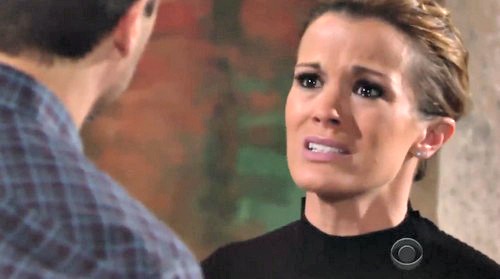 It’s good to be thought of as a friend. Thank you. And that’s what was meant, right? Chelsea left Genoa City under pressured circumstances. Revealed as a closeted schemer, despite her character’s ostensible reformation, Adam’s widow stashed cash for a rainy day that she felt had come.

Working from far GC, Chelsea would feel that she and her son are protected from Victor’s certain wrath. Exhibiting this form of power would also be allowing Egan’s character to manipulate the Moustache without immediate reprisal.

As to Chelsea’s timing. This could easily be step 2 of her plan that began when she skipped town, with her goal being to exact as much pain as possible from Victor. Possibly, she wants a payoff as well.

Okay, scribe. This all seems a bit stretched. You must believe that Y&R is writing Egan back and want to see that actor again. Yes, if Chelsea proves to be the mystery woman then Y&R is writing her back. And yes, Egan is an engaging actor who performed consistently. She’s also attractive, which is a part of who all actors, viewers, and readers are. 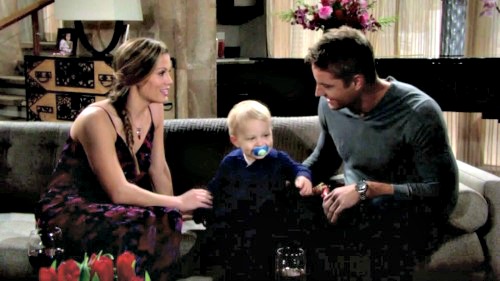 Scribbler, we are also guessing that Chelsea’s return is also another camouflaged attempt to insert Michael Muhney’s name into this feature. You want him back as Adam and this can be played up as a way to make that happen.

Scribbler? Well, that’s a passive-aggressively applied nickname. Hey, Muhney’s name wasn’t first raised by me. So, walking through the opening that’s been given, yes, Muhney’s return is wanted and could be setup by this scenario.

What’s wrong with the ongoing plea to rehire Muhney as Adam that many viewers, readers, and writers want? It actually represents an organized, online movement. Chelsea first, then Adam, or the reverse. Fade to black, show the credits with the inserted musical overlay and onto B&B now.