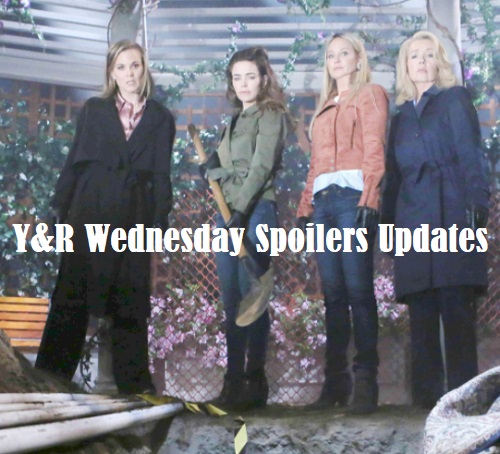 The Young and the Restless (Y&R) spoilers for Wednesday, April 18, tease that Phyllis (Gina Tognoni) will give Sharon (Sharon Case) a stern warning. At Crimson Lights, Phyllis will suggest that Sharon had better keep quiet about J.T. (Thad Luckinbell). She’ll insist that if anyone pumps her for info, Sharon needs to stick with brief answers.

Billy (Jason Thompson) will spot Sharon and Phyllis chatting, so he’ll mention all the bonding they’ve been doing. He’ll question what goes on at their girls-only gatherings, but they’ll stay tight-lipped. At the hospital, Victor (Eric Braeden) will push Nikki (Melody Thomas Scott) to locate J.T. He’ll insist that he wants to handle this without the cops.

Nikki will argue that J.T. may be long gone, but she’ll assure Victor that she’s just as committed to protecting their daughter. Over at Victoria’s (Amelia Heinle) place, she’ll be surprised to see Paul (Doug Davidson) back again. The Young and the Restless spoilers say Paul will have a search warrant, so he’ll go upstairs to check for clues. 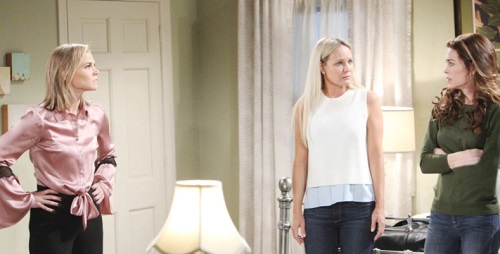 When Phyllis shows up with Billy, she’ll be concerned about Paul’s snooping. The Young and the Restless spoilers say Phyllis will manage to snatch the fireplace poker and J.T.’s cell phone. She’ll tell Billy she has to go take care of something before the Jabot board meeting. Later, Phyllis will let Victoria know she dumped the evidence.

Unfortunately, the rug they used to roll up J.T.’s body could still be an issue. During a conversation with Nikki, Victoria will suggest turning to Victor for assistance. Nikki will nix that plan since Vic could hold this over them until the end of time. Instead, Nikki and Sharon will throw the rug in the incinerator a little later.

On Wednesday’s Y&R episode, Reed (Tristan Lake Leabu) will also accuse Victoria of keeping J.T. at a distance. Reed will want to speak with his father, but Nikki’s news will throw him for a loop. She’ll reveal that J.T. tried to murder Victor. Victoria will add that J.T.’s gone and may never reach out to his son again.

At the police station, Ashley (Eileen Davidson) and Abby (Melissa Ordway) will be desperate to get Jack’s (Peter Bergman) signature. They’ll need it for a proxy, but Paul (Doug Davidson) will insist it’s not happening. Meanwhile, Kyle (Michael Mealor) will call a judge and attempt to use Victor’s influence. He’ll note that Vic wants Jack’s release to be delayed.

Luckily, Jack will score his release anyway. He’ll barge in the board meeting to make some fierce declarations. Jack will announce that the vote is null and void. He’ll indicate that Kyle needs to get his butt out of that chair! Jack will be back and ready to take care of business.

Over with Neil (Kristoff St. John), he’ll face a flood of updates from Devon (Bryton James) and Lily (Christel Khalil). Neil will eventually stop by Victor’s hospital room and promise to take care of the J.T. PR situation. Afterward, Neil will be stunned when Hilary (Mishael Morgan) drops a hint about her possible pregnancy. Devon (Bryton James) will confess that they may be having a child together.

You can bet Neil will have something to say about Devon and Hilary’s baby drama. We’ll keep you posted as other Y&R details emerge. Stick with the CBS soap and don’t forget to check CDL often for the latest Young and the Restless spoilers, updates, and news.