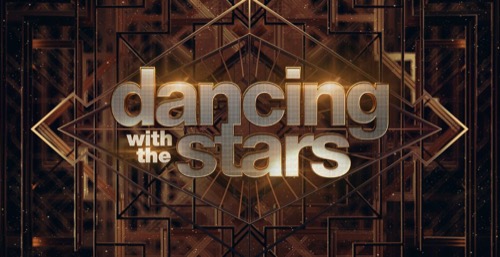 Tonight on ABC the glitz and the glimmer returns to the ballroom as Dancing With The Stars when season 28 episode 1 of DWTS airs! We have your all-new Monday, September 16, 2019, season 28 Week 1 “Premiere” Dancing With The Stars recap below! On tonight’s DWTS Season 28 episode 1 as per the ABC synopsis, “Dancing with the Stars” is back and better than ever with a new, well-known and energetic cast of 12 celebrities who are ready to move out of their comfort zones and hit the ballroom floor.

With a lineup of celebrities including a supermodel, a former White House press secretary, a Bachelorette, pro-athletes from the NFL and NBA, a Supreme and a TV icon to name a few, the new celebrity cast is adding some glitzy bling to their wardrobe, breaking in their dancing shoes and readying themselves for their first dance on the ballroom floor.”

It’s the season premiere of Dancing with the Stars. All our favorite judges are back and a whole new lineup of stars. Sailor Brinkley-Cook will be dancing for her mother, Christie Brinkley, who was sidelined with an injury last week, when she fell during rehearsal and broke her arm in two places. First up this evening is the former Bachelorette, Hannah Brown who is looking for a fresh start; her dance partner is Alan Bersten.

Hannah Brown & Alan Bersten dancing the Cha Cha Cha to “I Wanna Dance With Somebody.”

Judges Comments: Len: “I saw lots of recognizable cha cha cha throughout that dance, it was crisp, it was clean, it was confident. It was a wonderful way to kick off the show, well done.” Bruno: “At last I think you found your true love, dancing. You have the right attitude, expressive, enthusiastic. Watch your balance and don’t go to fast.” Carrie Ann: “We put the call out for more technique, you came out with the right attitude, you have the posture of a Latin dancer. I really loved it, once you got your feet underway, you have great form.”

Judges Comments: Bruno: “It is very good to see your serious side. You have the right attitude, determination, the focus and it was a real tango. Week one is hard, you can’t skip and jump in a tango. You were a little too jumpy and you went on the wrong foot.” Carrie Ann: “This is week one and I am really excited. You were sometimes too far ahead, you just need to find your grove.” Len: “I liked your attack and your attitude. I would have liked to see more heel leads. The hold got loose, you lost your frame and posture.”

Kate Flannery & Pasha Pashkov dancing the Cha Cha Cha to “She Works Hard For The Money.”

Judges Comments: Carrie Ann: “I am so impressed, that was really good. You seemed nervous, but your moments were refined. Great first dance.” Len: “You have to straighten your legs, then the hip action will come. Your attitude is terrific, you came out and you sparkled.” Bruno: “Effective, efficient, you can run my office anytime darling. You have to be careful when you do a move, you have to finish it, it needs a sharp ending.”

Judges Comments: Len: “It is so difficult when you are as tall as you are. It just needed a little more smoothness and elegance. Come back next week with someone more sassy, it lacked finesse.” Bruno: “The foxtrot is a hard dance to master. You focused so much on the step that you really didn’t dance. Next week feel the music and let it carry you through it.” Carrie Ann: “I completely disagree, I was thoroughly impressed. I can tell this is all new to you, you listened to Peta and stood up straight. I think you did a great job, well done.”

Lauren Alaina & Gleb Savchenko dancing the Cha Cha Cha to “Man! I Feel Like A Woman!”

Judges Comments: Bruno: “You were like a sultry southern bell giving me a steamy cha cha, the way I like it. You had a couple of good finishes, you finish sharply. But, you lock your knees and something went wrong on the back step. Overall a very polished performance.” Carrie Ann: “You got style, I liked it and it gave you confidence. You are a little loose, but I liked that.” Len: “I didn’t like you sitting on the chair and taking off your hat. Overall I liked your cha cha cha very much.”

Judges Comments: Carrie Ann: “I am blown away, your mom must be so proud. Three days of practice vs. three weeks. I think Val lucked out, you got a gold mine here.” Len: “First of all, I want my car back. With only three days to practice, you float my boat. Lovely movement, you need more body contact though. These are things with a little more practice, you will overcome.” Bruno: “You got the looks, and you’ve got the talent. I can’t wait to see what you can achieve with proper rehearsal time.”

Judges Comments: Len: “It was all really disappointing really. Not enough hip action during those basic steps, it lacked a bit of rhythm. The lifts were terrific, good job.” Bruno: “Good looks, good style, I wouldn’t expect anything less from you. But, give me those hips.” Carrie Ann: “I am pretty good at telling what potential people have, I feel look you underperformed this routine. I felt like you were reserved, you need to pop. It was a little underwhelming, but still solid.”

Judges Comments: Bruno: “You can definitely turn on the heat. You have to be careful though, you made a misstep, but fantastic performance.” Carrie Ann: “Someone brought their “A Game” with an entrance like that. That was pretty darn good, you turned this audience on.” Len: “There were a couple of mistakes, but you got great potential, well done.”

Judges Comments: Carrie Ann: “You are true elegance and sophistication. Very refined, a few mistakes, but it was very good.” Len: “Mary, I am the same age as you and I would like to come out and do the foxtrot as well as you did.” Bruno: “I’m star-struck, you know how to sell it. You even attempted a heel-toe. Well done.”

Judges Comments: Len: “There was a lot of hip thrusting and gyrating, which is not the cha cha. I would have liked to see stuff I recognize, there was too much Beyonce stuff and I am not a fan of. You both got in each other’s way, but you are a very competent dancer.” Bruno: “I like Beyonce, I adore her. I loved your sense of attack, you had great flair but you get muddled sometimes. You have to be right on it.” Carrie Ann: “There was lacking a balance, you have tone it in, you have great potential.”

Sean Spicer & Lindsay Arnold dancing the Salsa to “Spice Up Your Life.”

Judges Comments: Bruno: “You were going bonkers with the bongos, it looked like you were being attacked by a school of wasps. There were some elements of salsa there. Not always on time or in rhythm, and your hips looked like they were in cement. It was strangely entertaining.” Carrie Ann: “Best florescent shimmy of the night. Beyond that, I like you’re sense of fun. You were off-beat most of the dance, but you had fun.” Len: “I admire your courage coming on this show. You brought fun to the ballroom, well done.”

James Van Der Beek & Emma Slater dancing the Tango to “Whatever It Takes.”

Judges Comments: Carrie Ann: “What a way to end the night, we have a leading man in the house.” Len: “A little more compact in the hold but it had drive, it had purpose, you even made good body contact, it was terrific.” Bruno: “So strong, so passionate. You were in character the whole way through. Great!”