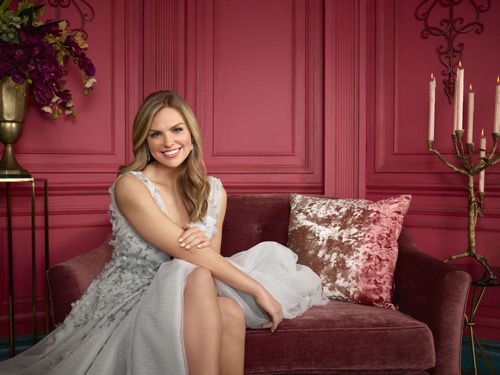 The Bachelorette Season 15 Episode 5B airs on ABC this evening with an all-new Monday, June 17, 2019, season 15 episode 5B and we have your weekly The Bachelorette recap below. On tonight’s season 15 episode 5B as per the ABC synopsis, “Luke P.’s desperate Hail Mary plea for Hannah’s heart after not receiving her date rose only makes matters worse with the remaining men. After listening to her suitors argue, Hannah becomes infuriated.

The next rose ceremony brings more broken hearts, but even though Hannah’s frustration with the men continues, she hopes for a new start in Riga, Latvia, a romantic city steeped in history. Suddenly, however, Hannah explains to Chris Harrison that she is not in a good place. All the drama has clouded her vision for future happiness.”

We pick up where we left last time when Hannah did not give a rose to Luke P. and tells him that the way he is now, she doesn’t want. Sadly, he thinks he was being himself. He asks her to think about everything that they have talked about that evening, and everything, every little detail from day one. He wants to take full ownership for where they are and to move on, but she doesn’t want to give him that rose. He asks if he is going home, she says yes and asks him to respect that.

He returns to see Hannah, he tells her that this is his fault and he is sorry. She says she has screamed about this, she has cried about this and doesn’t know any other way to do this. He starts raising his voice, says he can’t stand it, he doesn’t want to be in this position. He says he hasn’t felt like he had a date with her yet, he can’t stand it and it is tearing him up. He then says he genuinely wants to marry her and wants to fix this; nothing matters to him except this.

Luke return to the men’s room, tells them that Hannah said it was the worst one on one she had ever had. But, they spoke, he didn’t get a rose, and she still wants him there going through the rose ceremony. Michael says it is absurd and makes his blood boil that Hannah keeps him, she obviously likes him.

Hannah thinks it was the right decision in not giving Luke P. the rose, and hopes the other men can understand that. She is hoping that Luke P. can continue to show the real him, but if he goes back to the weird robotic Luke, then he won’t get a rose and he will be going home.

Luke P. goes to church and prays. He is pursuing his future wife and is trying not to screw it up anymore.

Going into the bachelorette there are guys that are frustrated and don’t know where they are with Hannah. Luke P. tells the men it means a lot that he is there. Garrett is frustrated that Luke P. is still there, and knows that he has to be aggressive if he is going to stay. Hannah tells them it has been a tough week, and she wants to know what it is that is hard to share with her, that is the conversations she is looking for. She shares a toast to continuing their conversations. Hannah is yearning for more because it has to progress if she has her husband in the room.

Garrett is the first to spend time with her, he says he had a great time the other night, he was out of his element and never wore a kilt before. She tells him that she likes him and is excited to get to know him better more. He says that he is there for her. He has a question for her, he apologizes ahead of it. He tells her that given what has happened, he told Luke not to mention the other men on her date and hopes that he stayed true to his word. She says that he did say Mike’s name, but she provoked it, then he did say Dylan and Devon, but she was the one that asked.

Connor is next, Garret returns to the men. He reveals to Luke P. that he did speak about people in the house, Mike was a name that came up, as well as a situation with Dylan and Devon. Luke P. says that he didn’t speak about anything negative, the men start to get loud, they are not believing him. Luke P. says that he wants to explain himself, but they don’t want him to. Hannah is overhearing the conversation and is getting very upset. Hannah walks in and tells the men to stop, she says she is frustrated that there are always fights in the house and it is pissing her off.

Hannah takes Luke P.’s side, she says that she asked him about Mike, Devon and Dylan. She says she is not trying to defend him, and she is aware that nobody likes him. She says that she is tired of hearing screaming, and she is so frustrated. Garrett says they are all confused because they asked Luke P. if he said anything and he said no. Luke P. continues to try to defend himself and Hannah tells him to shut up. Then she tells all the men to stay in their freaking lanes because she is tired of hearing screaming. Hannah leaves the room. Luke P. says that he is never going to lie directly to their face, Garret says that it is not about what was said, it is because he blatantly lied. Hannah continues to listen in while drinking champagne in another room. She is so frustrated, she no longer wants to open up with these men, all the drama is allowing nothing to be accomplished here. Hannah walks in and tells Luke P. to stop making excuses. She tells the other men to stop focusing on Luke P. and focus on her, she can work it out on her own, she is a grown ass woman. She says that they feel that Luke P. makes her feel phsycho and in fact, it is all of them. None of them know anything about her, because nobody has asked, all they do is talk about stupid things and she is really defeated by all of them. She leaves the room and tells them she doesn’t want to do. Hannah is crying.

The boys talk, Garret says he sorry, he was being petty. Luke P. says that she appreciates his apology because he had important things to say to Hannah, and she had important things to say to her. Mike looks like he is going to blow up. Chris goes to see Hannah and she breaks down. She says that she wanted to move forward, there are other relationships that meant a lot to her. He tells her that Luke P. is taking a lot of her attention, and it is driving the other men crazy. He says it is her party, she says the party is over.

Time to give out the roses. Hannah is upset with everyone, it will be interesting to see what she does. Hannah gives the first rose to Connor, then Tyler, Dustin, Peter, Dylan, Garrett. One rose left, and it goes to Luke P.

Wow, the men are shocked! Thought she was finally going to send him packing. Devin is sad, it is rejection, she chooses Luke P. over him, but it is her choice. Grant can’t believe it and doesn’t understand what Hannah sees in Luke P. Kevin is sad, the person breaking her heart is Luke P. and she is keeping him.

Hannah tells the remaining mad that she is mad and feels defeated. She never wants to feel the way she did tonight, it was super hard. She says goodnight and walks away. Peter respects the hell out of her for saying how she feels.

The men and Hannah head to Latvia. The men are walking around town, they are all excited to see Hannah. Garrett still thinks he made the right move and hopes he never sees Hannah that upset again.

Chris is with Hannah and just wants to make sure she is ok. She says that every week has been ridiculous. She says when she is with each man, she is in it.

It is evening time, Hannah is all dressed up and sitting down sitting with Chris, she says that she doesn’t know how she is going to get where she has to be. From the beginning, she put everything into it, that she could put all in and it is being trampled by stupid drama. Chris does a look back at the drama when Scott was thrown out because he had another girlfriend. Cam tried to get the pity rose. Chris says that brings them to the guy who has brought the most drama, who on the very first date of the season, he professes his love to her. Things really came to a head during the rugby date, Luke P. body slammed Luke S. and kneed him in the face. At one time, Hannah was sitting between the Lukes when they were arguing with each other. Hannah had hoped that after Luke S. was gone, things would have calmed down. Hannah can’t believe that one guy is destroying this for her.

Hannah says if it continues the way it is, she hasn’t got any hope.

Chris reminds her that she has had fun with some of the guys.

Chris asks Hannah who is the best kisser, she says Luke P. She says if she survives at the end of this, she wants someone to buy her a drink. In the end, Hannah intends on seeing this thing through.