BY Heather Hughes on January 23, 2019 | Comments: one comment
Related : Soap Opera, Spoiler, Television, The Bold and the Beautiful 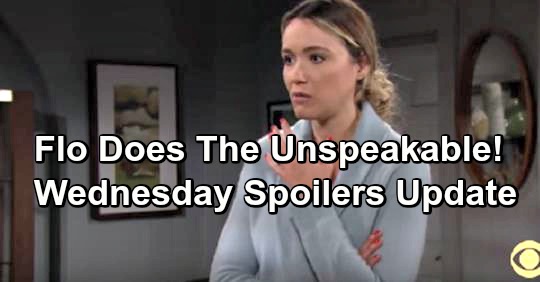 The Bold and the Beautiful (B&B) spoilers for Wednesday, January 23, tease that Wyatt Spencer (Darin Brooks) will show concern for his brother. Liam Spencer (Scott Clifton) is doing everything he can to take care of Hope Spencer (Annika Noelle), but who’s taking care of Liam? Hope can barely keep it together right now, so she’s not really in a position to offer her husband support.

Thankfully, Wyatt will provide plenty of comfort. He went through Hope’s earlier miscarriage with her, so he can grasp the concept of a deep loss. Wyatt might suggest that it’s not helpful to bottle up your feelings until they explode.

He may know that from personal experience. Wyatt could reflect on what helped him back then and nudge Liam toward some solid coping tactics.

Just opening up to Wyatt will go a long way toward mental health. The Bold and the Beautiful spoilers say Liam will admit he’s going through a lot. He knew losing Beth Spencer would be rough, but this kind of grief is a different story.

It’s consuming Liam and Hope’s lives, so it’s like they’re stuck in a nightmare. Liam trusts that they’ll break free someday, but it’s hard to see light in the darkness.

Of course, Liam may confess that Hope’s pain makes his even worse. He feels like he let his family down somehow, but Wyatt will insist that’s not true. After getting a pep talk, Liam will drop Steffy Forrester’s (Jacqueline MacInnes Wood) adoption bomb.

He’ll explain that Steffy wants a little sister for Kelly Spencer (Zoe Pennington and Chloe Teperman), so she’s in the process of adopting a baby.

He’ll even worry that Steffy’s not adopting for the right reasons, so he’ll have a serious discussion with Liam about that.

Elsewhere, Florence aka “Flo” (Katrina Bowden) will have a meltdown over Dr. Reese Buckingham’s (Wayne Brady) big admission. He came clean about switching Hope’s baby for the stillborn at the clinic, so Flo will have a real problem with all this. She’ll hate the idea of Hope thinking her baby’s dead and gone forever.

Nevertheless, Reese will do whatever it takes to keep Flo focused. Protecting Zoe Buckingham (Kiara Barnes) is all that matters to him, so Reese will rush to his own defense and make Flo see things his way. Flo will have to suck it up and get ready for her adoption meeting later this week. Reese will run the risk of a rattled partner, but it looks like Flo will manage to keep her cool for a while.