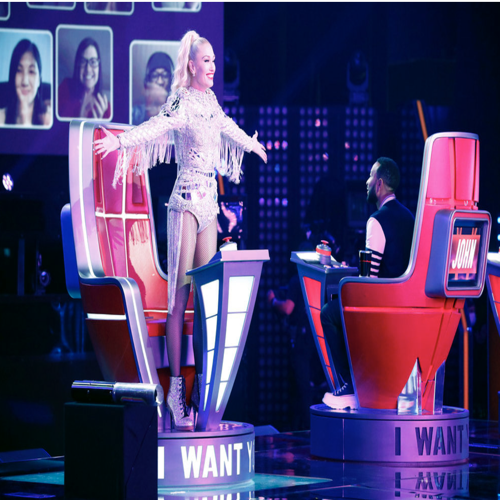 Tonight on NBC’s Emmy Award-winning musical competition The Voice airs with an all-new Tuesday, October 27, 2020, season 19 episode 4 “The Blind Auditions, Part 4,” and we have your The Voice recap right below. On tonight’s The Voice season 19 episode 4 “The Blind Auditions, Part 4” as per the NBC synopsis, “The “Blind Auditions” continue as superstar coaches Kelly Clarkson, John Legend, Blake Shelton, and Gwen Stefani all vie to discover and coach the next singing phenomenon. The vocalists compete to be selected by one of the coaches and fight for a chance to be named “The Voice.”

Dez was asked to choose between all four judges. All four judged turned for her and so she was given a rare opportunity. She could have had anyone. She chose Kelly. Dez was the seventh person to join Team Kelly and that leaves with her three slots remaining. Kelly has one seat short of everyone else. They were all still on six and they waited for another chance at a rare talent. Both John and Gwen believed they found this talent in the next contestant. Olivia Reyes went next. She was from a city called Teaneck, New Jersey and she was half Dominican half Puerto Rican. She also grew up in a very musical household with music constantly on at home.

Olivia also has a best friend whose father is Jermaine Paul. Jermaine has toured with John Legend and Alicia Keys. John reminded Olivia of that as he made his pitch for her to join his team. He really wanted her to join and he had some help from his fellow judges. Kelly reminded Olivia that John is an EGOT winner. He’s won every award out there and he’ll win them again. John’s pitch was really good because eventually Olivia couldn’t help but to join his team. She chose John and soon it was onto the next contestant. Next up was Tony Mason. He was from Tulsa, Oklahoma and he was a grandfather.

Tony was once a part of a boy band. They had a record deal and they shot up to number two on the charts. Then all of this stuff happened. There was some confusion with the record label and the label dropped them. Tony has since tried to get back to that position over the years. He was trying to do so tonight when unfortunately none of the judges turned for him. They liked his voice. They did enjoy the song he chose and so it had to be the tone. He never once reached for that high note. If he had taken that risk, who knows where he might have gone. Tony missed out on his chance of getting selected this season only there’s always next year.

Next up was Sam Stacy. He won over three of the judges with the song he chose and so there was a battle for him. Gwen wanted him. Blake wanted him. Kelly wanted him. The only one who didn’t turn was John and that didn’t stop John from giving him advice. John advised Sam to go with the option he felt would challenge. Sam already knew what Gwen and Kelly’s coaching styles were like and so he went with Blake because Blake is the Wild Card. Blake was so happy that he wanted to hug Sam. He stopped midway when he remembered he couldn’t hug him and so Gwen gave him a hug because he really needed one.

Larriah Jackson went next. She was from Sacramento, California and she grew up with her mother and grandmother. Her father left when she was two. She didn’t hear from him again. She did however hear from her half-siblings and they were abandoned by their father as well. Larriah has built up her own family with her mother and her siblings. They were supporting her tonight she performed “I’ll Be There”. Larriah sang the Mariah Carey version of the song. She won over Gwen with this song and Gwen was even more thrilled when she found out Lariah was fifteen. Gwen said she always wanted a daughter and now she might finally get one.

Payton Lamar from Nashville, Tennessee went next. She was twenty-three and she lived in Paris for almost a year because work brought her and her husband to the city. Payton was also a songwriter. She’s been writing songs since she was a kid. She knows how to rearrange it and she won over Blake. Blake doesn’t have anyone else like Payton on his team. He needed a female Popstar and he got one with Payton. Next up was Van Andrew. He was another singer/songwriter and he too was from Nashville. He didn’t come from there originally. He was actually from another town and was one of nine kids.

Van said as a child he needed something to stand out. That thing turned out to be music and besides the singer/songwriter genre he also loved Indie Rock. Therefore, the natural fit for him was Gwen. Gwen and Blake both turned for Van and he still chose Gwen because he thinks she will better understand his interests. Up next was Tanner Gomes. He’s from Nashville albeit not originally because he grew up on a farm elsewhere. Tanner said the biggest influence in his life was his mother. She tried to give her kids as much as she was able and that all changed after she was in a car accident. She was prescribed painkillers that are now illegal. She got hooked and suddenly Tanner’s life changed.

Tanner is now in a better place. He focused on his music and he’s been touring with his band for a while now. Tanner performed the song “Cowboys and Angels” tonight. It was a Country song and Kelly didn’t have someone like him on her team. She turned for him. She was hoping Blake wouldn’t turn because she knew then her chances of getting Tanner on her team would become slim and thankfully he didn’t turn. Blake was the only judge not to turn. He has plenty of Country musicians on his team and he wanted to give his final seat to someone different. And so Tanner ended up going with Team Kelly.