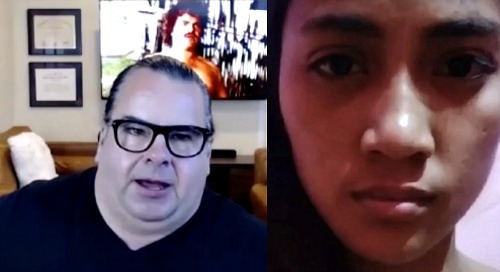 TLC 90 Day Fiance: Before The 90 Days spoilers has some news to pass on about one of this season’s stars of the reality drama. Rosemarie Vega, who is currently navigating her relationship with Big Ed Brown on the show, appeared in an Instagram Live video during which she had some frank words to say about Ed, including that he was a “liar” and “embarrassing.”

During the Instagram Live video, which has been reposted on various other Instagram accounts since it first aired, Rosemarie said the following: “Hi everyone, it is me Rose, so, I want to say…Ed, how dare you. To make me embarrassed in front of millions of people… He doesn’t really care of me. He just wants to be famous, that’s why he doing that. He did not even give me a penny, all lies.”

Rosemarie continued: “He did not give me any gifts except bra and panties. Every word that come out his mouth is lie…He did not care of me and especially to my son. So please…you always embarrass me and be always quiet, for now…for now, I always talk about you, you are always liar.”

We should note that Rosemarie seems quite angry in the video, and this video comes just days after the sneak peek for next Sunday’s new episode was released. In that sneak peek, Ed gifts Rosemarie a bikini, a teddy, and some mouthwash, toothpaste, and a toothbrush. Turns out, it was Ed’s way of broaching the subject of Rosemarie’s bad breath, and Rosemarie wasn’t amused.

In fact, as Rosemarie walked out of the room after receiving the gifts, she told Ed, “You’re ugly” in her native language. It wasn’t a good scene, and Ed seemed pretty clueless about the whole thing, and in Sunday’s all-new episode, Ed will question Rosemarie about whether she knew that her sister reached out to him for money. It looks like that will be a contentious conversation.

Now, whether it’s the current goings-on on the show that got Rosemarie fired up and motivated to record the Instagram Live video isn’t clear. You can watch her video below and judge for yourself where this is all coming from. Of course, there are Rosemarie supporters out there, and there are Big Ed supporters, too. People have very different perspectives on whether Ed’s really a good guy, or whether he purposely tried to embarrass Rosemarie.

What do you think of Rosemarie’s video? Keep watching 90 Day Fiance: Before The 90 Days! Stick with CDL for all the latest 90 Day Fiance news, and we’ll keep you up to speed on the show!

If there was love between Big Ed and Rose, that has passed. Rose speaks out about Ed embarrassing her and states that he never truly cared for her or Prince. She claims Ed is only on the show for fame. #90dayfanatic #90dayfiance #90dayfiancebeforethe90days #90dayfiancenews #90dayfiancepillowtalk #tlc #tlcnetwork #reality #realitytv