The Young and the Restless Spoilers: Victor and Victoria Destroy Newman Media – See Who Quits First? 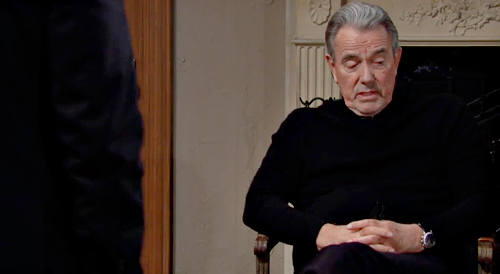 The Young and the Restless spoilers document that Newman Media has two problems. The first is immediate, with the fashion platform being more about drama than the product it is tasked with producing. The second involves its fate if Victor Newman (Eric Braeden) agrees to sell to Newman-Locke.

Adam Newman (Mark Grossman) heads Newman Media because his father wanted to provide a venue where he could continue his redemptive path while following his orders.

Chloe Mitchell (Elizabeth Hendrickson) was Adam’s stunning hire. She was brought on board so that Chelsea Lawson (Melissa Claire Egan) would follow.

Sally Spectra (Courtney Hope) was not part of the original plan. She lucked into a chance meeting with Chloe at Crimson Lights and was offered a job she needed.

Like Adam, Chloe, and Chelsea, Sally could be forced out of the company at almost any time.

Billy Abbott (Jason Thompson) intended to lure Newman Media into publishing what would have been a false story about him. He later changed his mind, came clean to Adam, and accepted Lily Winters’ (Christel Khalil) offer to work for her at Chancellor Communications.

Adam benefited from the above. However, Victor does not see it that way. In the Moustache’s mind, Adam’s lack of killer instinct caused him to miss what Billy was doing.

Victor now thinks that Adam has been somewhat of a disappointment as the head of Newman Media. That fuels speculation that he could sell to Victoria while also undermining the confidence Adam developed in the restored relationship with his dad.

Chloe asserted her authority over Sally. Chelsea has as well. But Sally holds what could be a temporary ace, Adam’s fondness.

Sally likely would have been fired long ago if she had not romantically connected with Adam in the recent past. While they are not together and never created a relationship, there is no doubt that Adam is intrigued by Sally’s dangerous side.

Chelsea was hoping to try again with Adam. He gave her a hard no but did not detail his inner thoughts. Adam cares for Connor Newman’s (Judah Mackey) mother but does not want to hurt her, as has been his pattern.

Young and the Restless Spoilers – And The Winner Is?

It would be reasonable to consider it a win if someone leaves this dysfunctional and seemingly short-lived company. If it is not purchased by Newman-Locke, then most of it could it be.

One solution would be for Newman Media to be taken by Victoria, along with the fashion platform being spun off as part of the deal.

In that scenario, Adam would survive if he agreed to work under his sister, with Sally potentially tagging along if enough people at Newman-Locke felt she was useful. So, the so-called winners could be those who choose to leave before being ousted.